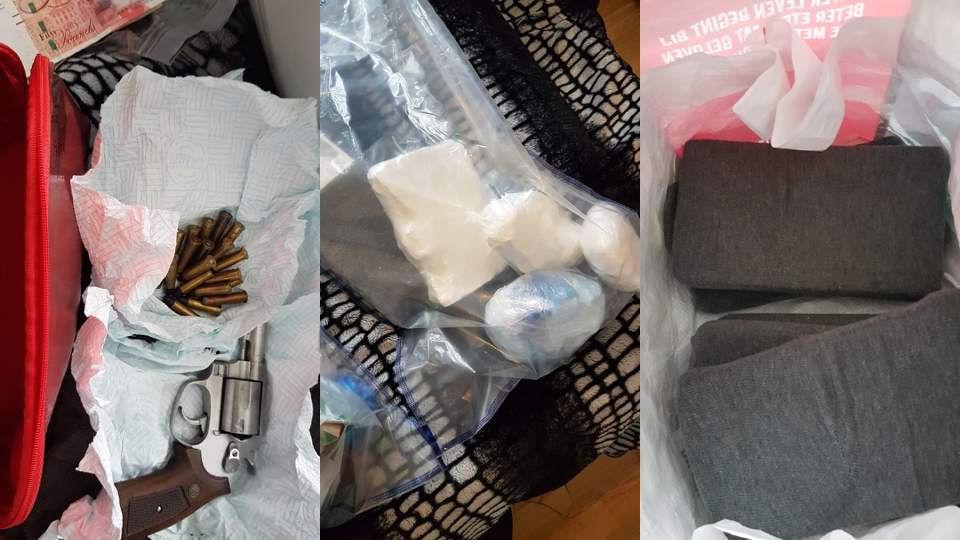 Inside the car officers located the cash concealed within the dashboard.

A search of a nearby address in Valentines Road led to the discovery of a revolver, 20 rounds of ammunition and 12 kilos of cocaine, hidden in a bedroom. Once cut to street-level purity the drugs would have had an estimated resale value of £1.2 million.

Muhamet Qosja is due to appear at Barkingside Magistrates on 15 October.

“Drugs, cash and violence all go hand-in-hand with organised crime. The Organised Crime Partnership is acting swiftly to arrest criminals and break the link between all the three factors.

“The OCP sees NCA and Metropolitan Police Service work together to stop the flow of firearms and drugs to the criminal market in London, target criminals that impact on London, as well as disrupting those that make huge profits from this illegal activity.”