With Storm Dennis expected to bring heavy rainfall, 75 personnel from 4th Battalion, Royal Regiment of Scotland, will be aiding the Environment Agency in constructing barriers and repairing flood defences in Ilkley and Calderdale.

An additional 70 Reservists from 4th Battalion, The Yorkshire Regiment, have also been tasked with providing support where required. 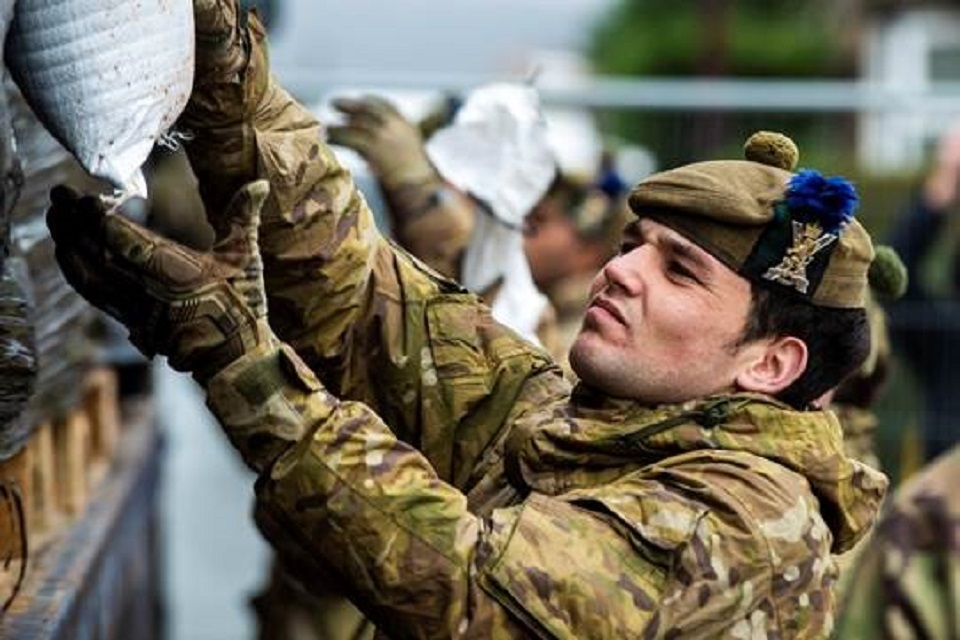 Our Armed Forces are always ready to support local authorities and communities whenever they need it. The rapid response of the Army today will help with provision of flood relief to local communities in West Yorkshire.

The Government won’t hesitate to use all means at its disposal to mitigate the effects of Storm Dennis.

4th Infantry Brigade and troops from the 4th Battalion The Royal Regiment of Scotland and 4th Battalion The Yorkshire Regiment have deployed overnight to West Yorkshire in support of the Environment Agency, local authorities and emergency services to bolster flood defences and mitigate the effects of Storm Dennis in Ilkley and the Calder Valley.

Troops will remain on task as long as required. 4th Infantry Brigade is based in Catterick and serves the communities of Yorkshire and the North East and are happy to be doing our bit and contributing to the swift response from the civil agencies.