Afghan civilians worked as interpreters for British forces on the frontline in Helmand from May 2006 – December 2014, serving alongside them in extremely dangerous situations.

They were often the eyes and ears of British forces, and their linguistic and cultural expertise enabled the UK to work hand-in-hand with our Afghan partners and local communities while protecting British troops.

The Ex-Gratia Scheme was initially set up in June 2013 to recognise the Government’s huge debt of gratitude for their service. Under the scheme, interpreters could choose to either relocate to the UK, receive 5 years of training and a monthly stipend, or receive the equivalent of 18 months’ salary. The new changes will significantly expand the eligibility criteria for former interpreters to apply for the relocation offer. Until now, former employees must have been made redundant on or after 01 May 2006 with 12 months or more service outside the wire on the frontline.

The recent announcement will allow an additional cohort of interpreters – those who resigned on or after 01 May 2006 after serving a minimum of 18 months on the frontline – to apply for relocation.

Their spouses and children will also benefit from the expanded scheme.

Courageous Afghans worked side by side with our Armed Forces to defeat terrorism, risking their own lives in the pursuit of peace.

In recognition of their dedication, today we are fulfilling our promise and have expanded the relocation scheme so that more brave Afghans and their families can come and build a new life in the UK. 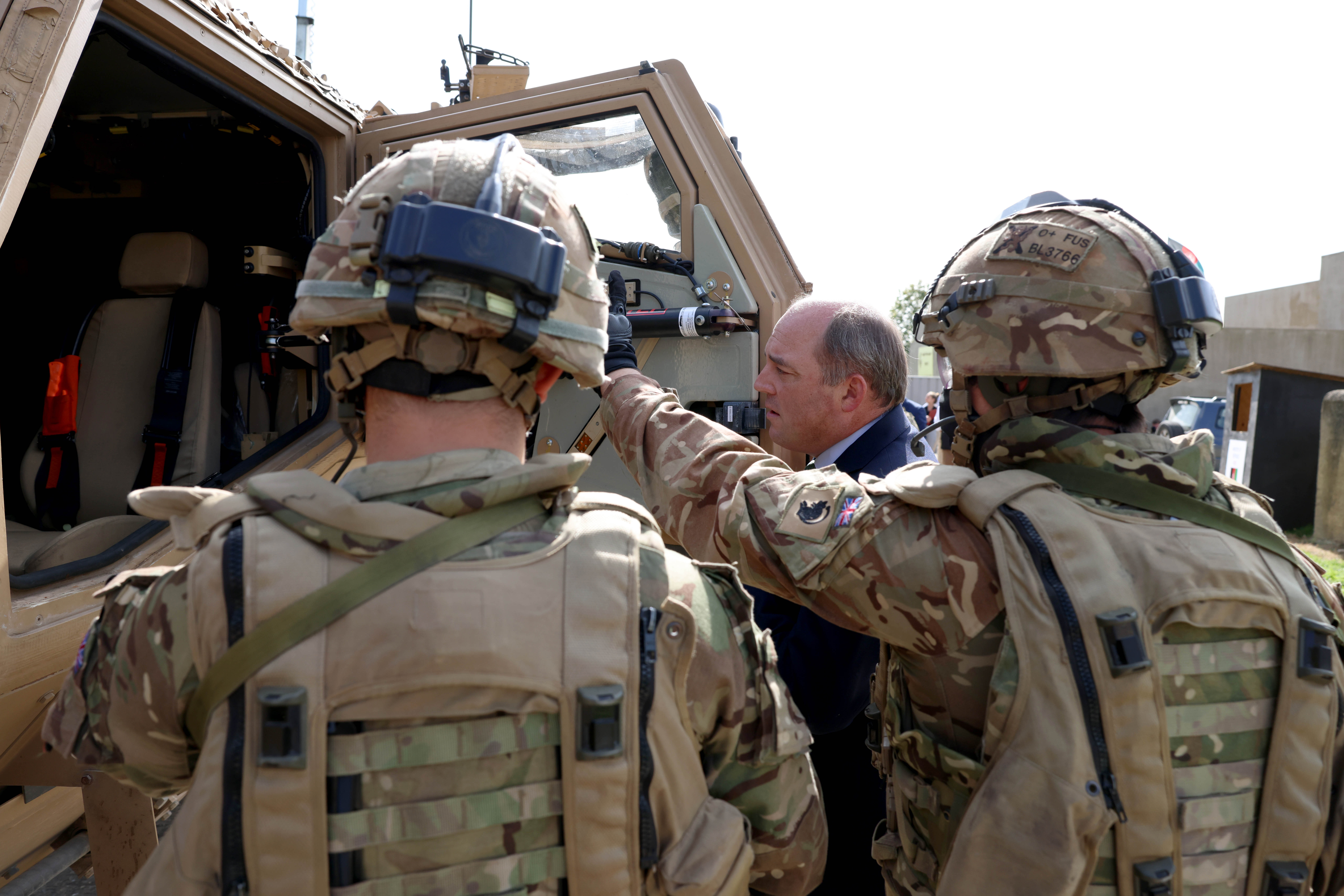 Soldiers show the inside of an armoured vehicle to Ben Wallace at Wretham Camp in Thetford, where interpreters are trained.

Afghan nationals routinely support the training that troops undertake to provide an element of realism - performing the roles of interpreters, leading politicians and members of the public.

Our efforts in Afghanistan simply could not have been possible without the help of brave interpreters who risked their lives to work alongside our personnel throughout the conflict.

They did not leave us behind then, and we will not leave them behind now. It is crucial there is a fair system in place to support those who want to relocate to the UK, and that is why we are going even further to make sure more individuals have the opportunity to apply for relocation.

The Home Office and Defence will always work together to address policy issues and promote British values.

The changes to the scheme will be made through secondary legislation in October and be implemented shortly afterwards.

Innovative research to develop cutting-edge technology and make sure future offshore windfarms do not interfere with crucial military communications is underway following a £2 million Government investment.

15 tech firms selected to pitch to military leaders for share of £800,000 to develop space innovation

Rare images of mountain lions, jaguars and ocelots have been captured by a British Army wildlife monitoring programme in the heart of the Belize jungle.

In a virtual session of NATO Defence Ministers, Defence Secretary Ben Wallace held discussions on a number of issues impacting the alliance.

Sailors and Royal Marines from HMS Montrose intercepted over 450 kilograms of methamphetamine, with a wholesale value of £18 million, during a counter-narcotics operation in the Arabian Sea.

A joint restoration project between the Ministry of Defence (MOD), Wiltshire Wildlife Trust (WWT) and Services Dry Fly Fishing Association (SDFFA) will improve habitats for riverine species on the banks of the River Avon.

More Afghan interpreters to move to the UK as scheme extends

Many more Afghan interpreters who served bravely alongside British Armed Forces in Afghanistan can relocate to the UK thanks to new legislation announced today.

Australia and the UK have further strengthened their enduring defence relationship by signing a Memorandum of Understanding (MoU) to cooperate on building and delivering the next generation of cutting-edge frigates.