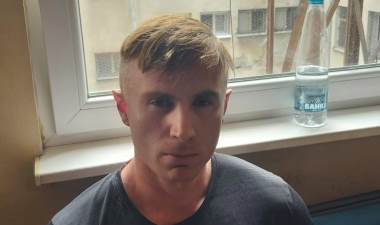 Benjamin Macann, 32, was arrested recently (Monday) at a hotel in the southern city of Plovdiv.

He was in possession of a fake passport and a genuine passport in someone else’s name.

He was located and arrested after an operation by the National Crime Agency, Bulgarian police and Spanish Guardia Civil.

A public appeal to help trace Macann was made in January this year when the NCA and Crimestoppers launched a new Most Wanted campaign featuring 12 fugitives who were believed to be hiding in Spain.

He is wanted by Norfolk Police for allegedly conspiring to supply class A drugs.

Macann, formerly of Halfpenny Lane, Beetley, Dereham, Norfolk, is accused of supplying multi kilogrammes of cocaine in 2020 in which he and accomplices use encrypted handsets.

Macann is the fifth fugitive from the list to be arrested since the Most Wanted campaign was launched in January.

He is in custody awaiting the beginning of extradition proceedings.

“Benjamin Macann’s arrest was  made possible after some great work by our international liaison officers, the Guardia Civil fugitives team, Bulgarian Police and our counterparts in Bulgaria’s international cooperation directorate to whom we are very grateful.

“Macann is the fifth fugitive to be arrested from the Most Wanted list. We won’t stop until the remainder are caught.”

“We continue to work with partners and law enforcement agencies around the world to locate our most wanted.

“We would like to thank them all for their continued determination and meticulous hard work as they continue to disrupt criminal networks around the world, meaning nowhere is safe to hide.”

“Our charity is here to support people to speak up anonymously when they know about crime and that includes passing on the whereabouts of fugitives who are wanted by law enforcement both here and abroad.

“It is incredibly encouraging to learn that another fugitive has been caught, proving the success of our joint Most Wanted campaign with the NCA. I urge anyone else who has information on one of the individuals named on our list to call our charity anonymously or contact us via our website crimestoppers-uk.org. Your information could make all the difference.”