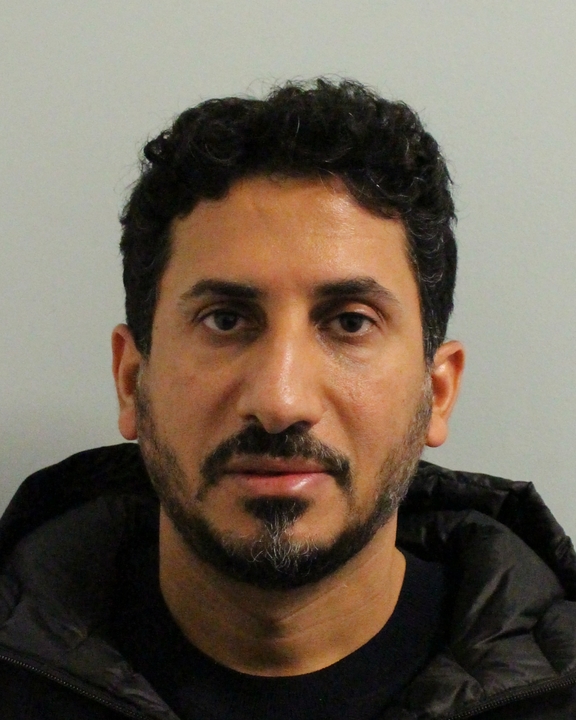 Abdullah Mohammed Ali Bin Beyat Alfalasi arranged travel for a network of couriers, who between them smuggled £104 million from the UK to Dubai between November 2019 and October 2020.

The 47-year-old Emirati national was arrested by National Crime Agency officers at a flat in Belgravia during a visit to the UK in December last year.

Four of Alfalasi’s couriers have already been convicted as part of the NCA’s operation, which has been supported by Border Force and the Dubai Police, and others remain under investigation.

The cash was believed to be profits from drug dealing, and the couriers would pack hundreds of thousands of pounds at a time into suitcases. They were each paid £3,000 - £8,000 per trip depending on how much cash they were smuggling.

Overall, the group took at least 10 per cent cut from the money smuggled, so between them are likely to have made in excess of £12 million from the venture.

Alfalasi made multiple cash trips himself between Dubai and the UK, from November 2019 to March 2020.

His name appeared on letters bearing the name Omnivest Gold Trading LLC, which was used to cover cash declarations made by the couriers. His phone number was also connected to their flight bookings.

The network collected cash from criminal groups around the UK and took it to counting houses, usually rented apartments in Central London.

The wads of bank notes were then vacuum packed and separated into suitcases which would each contain around £500,000, weighing around 40 kilos. Each would be sprayed with coffee or air fresheners in an effort to prevent them being found by Border Force detection dogs.

The couriers flew business class due to the extra luggage allowance.

“This money laundering network smuggled astronomical sums of money out of the UK, and is one of the largest we’ve ever investigated.

“Cash is the lifeblood of organised crime groups, which they re-invest into activities such as drug trafficking which fuels violence and insecurity around the world.

“Disrupting the supply of such illicit cash is a priority for the NCA and our partners.

“This investigation doesn’t stop here though, as we will continue to target cash couriers and hit crime groups where it hurts – in the pocket.”

This cash can be derived from the drugs trade, fraud, other illegal commodities, and even associated with terrorism and conflicts around the world.

“International money laundering networks such as this one can move hundreds of millions, if not billions, of pounds of dirty money around the globe annually. This money underpins the shadow economy and fuels serious criminality.

“The NECC works with partners to dismantle money laundering networks, seize cash, and make it harder to launder money within and out of the UK.

“International partnerships are key. We strongly welcome the efforts made by UAE law enforcement, including Dubai Police, to assist our investigation and this builds on a landmark agreement to tackle illicit finance that the Home Secretary signed with the UAE last September.”

“Clamping down on the export of undeclared cash from the UK is vital in our fight against organised criminal gangs.

“These convictions are the result of hard work and dedication from Border Force and the NCA to tackle dirty money that funds corruption and destroys lives.

“Those involved can be proud of their work and particularly those officers that intercepted and stopped these despicable individuals.”

“This is one of the largest money laundering cases the CPS has ever prosecuted to date.

“A colossal amount of dirty money, totalling £104million, was transported to Dubai under Alfalasi’s instructions.

“The evidence against Alfalasi was overwhelming, with invoices, declaration documents and images of cash-filled suitcases, pointing to his culpability.”

Among Alfalasi’s couriers were 55-year-old Nicola Esson, from Leeds, who was arrested following NCA raids in May 2021, and 29-year-old Muhammad Ilyas, from Slough, who was apprehended in February 2020.

Esson travelled from Heathrow to Dubai on three occasions in August and September 2020, checking in 19 suitcases with a combined weight of almost half a tonne. She returned a few days after each trip with the same baggage items, which weighed significantly less each time.

Ilyas was arrested by NCA officers at Heathrow Airport after arriving on a flight from Dubai. He had checked in four suitcases at the airport ten days earlier, one of which had gone missing, and declared almost £1.5 million in cash to Dubai Customs. The missing suitcase was subsequently found by Border Force officers, and contained £431,360 in cash.

Esson, Ilyas and Alfalasi pleaded guilty to money laundering charges at Isleworth Crown Court on 18 May, 27 May and 27 June respectively. Alfalasi was sentenced at the same court today (28 July), with the remaining two due to be sentenced at a later date.

Two other couriers linked to the same network have already been jailed following investigations by the NCA.

Tara Hanlon, 31, from Leeds, was detained by Border Force at Heathrow in October 2020 as she attempted to leave the country with suitcases containing almost £2 million. She later admitted smuggling another £3.5 million out of the UK in other trips, and was sentenced to 34 months imprisonment in July 2021.

Czech national Zdenek Kamaryt, 39, was also stopped at Heathrow in November 2020. He was attempting to board a flight to Dubai carrying £1.4 million. Kamaryt pleaded guilty to 3 counts of money laundering and was sentenced to 34 months imprisonment in March last year.

The National Economic Crime Centre’s work with partners to make it harder for organised criminals in the UK to launder the proceeds of crime falls under Project PLUTUS, which brings together experts from across UK law enforcement, regulatory agencies and the Government. As part of the project, money launderers who are relied on by crime groups are targeted through enforcement action, cash seizures, closing vulnerabilities and combating the methods used.