For the first time, scientists have picked up the ripples in space-time caused by the death spiral of two celestial juggernauts, a neutron star and black hole. 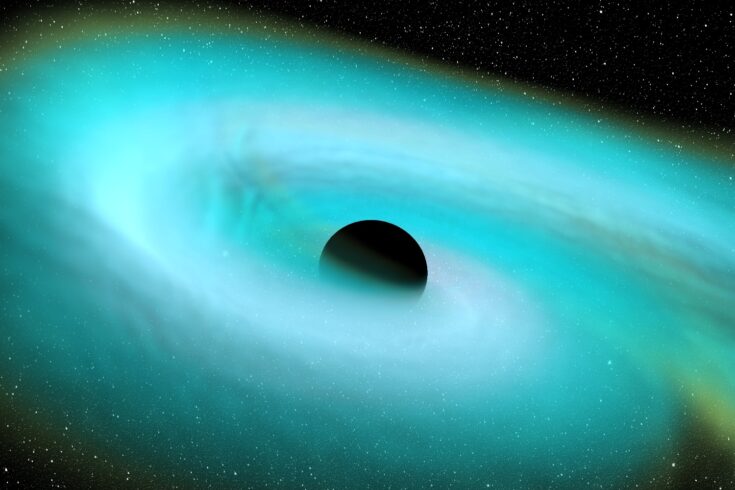 Scientists picked up the reverberations from these two objects using a global network of gravitational wave detectors, the most sensitive scientific instruments ever built.

This brand new source of gravitational waves was detected by an international team of scientists, with the UK taking a lead role.

The ensuing energy creates ripples in the fabric of space-time which carry all the way to the detectors we have here on Earth.

On 5 January 2020 gravitational waves from this entirely new type of astronomical system were observed by:

LIGO and Virgo picked up the final throes of the death spiral between a neutron star and a black hole as they circled ever closer and merged together.

Remarkably, just days later, a second signal was picked up by Virgo and both LIGO detectors in Louisiana and Washington state.

Again, the signal was coming from the final orbits and smashing together of another neutron star and black hole pair.

This is the first time scientists have seen gravitational waves from a neutron star and a black hole.

Previous gravitational wave detections have spotted black holes colliding, and neutron stars merging, but not one of each.

The role of the UK

The UK has contributed greatly to the field of gravitational wave astronomy, from helping to design and build the incredibly sensitive detectors to continuing to search the universe for these signals.

UK scientists have contributed to the analysis and interpretation of the data collected from all the observing runs, including the data leading to this result.

These are our first robust detections of neutron-star-black-hole mergers.

This important new source of gravitational waves could help us to answer crucial questions about how, and where, neutron stars and black holes form in the cosmos.

For several years, since the first ever direct detection of gravitational waves in 2015, astronomers have predicted that this type of system, a black hole and neutron star merger, could exist.

But there hasn’t been any compelling observational evidence.

Now that gravitational wave scientists have finally witnessed the existence of this new type of system, their detection will bring important new clues about how black holes and neutron stars form.

This observation really completes our picture of the densest objects in the universe and their diet.

We have been anxiously waiting to discover this kind of mixed systems for a long while.

Now that the wait is over, these new observations provide us with yet another glimpse of the surprisingly tangled paths of formation and evolution of neutron stars and black holes.

When gravitational waves are detected, astronomers can point their telescopes to look deep into space searching for an accompanying signal in the form of light.

Such a light signal was observed in 2017 when LIGO and Virgo observed two neutron stars colliding for the very first time.

It could also occur when neutron stars and black holes collide.

No light was observed from these two new events, however, possibly meaning that the neutron stars were ‘swallowed whole’ by their more massive black hole companions.

In future, as the LIGO and Virgo detectors are made even more sensitive, the team hope to detect many more neutron star black hole collisions.

They hope to observe a black hole tearing apart the neutron star in both gravitational-waves and light. This will help scientists to find out more about what neutron stars are made of.

STFC has today allocated £9.4 million to UK universities and institutes for gravitational wave research, with hopes to continue the ground-breaking science.

Today’s exciting news from the gravitational wave community shows that space still holds secrets to be uncovered in this dynamic field of research.

From first witnessing these ripples in space-time a few short years ago, we are now seeing a rich harvest of new observations coming in.

This is the first time scientists have ever witnessed an event of this kind, and it goes to show why continuing to fund this research is vital in enhancing our understanding of the Universe.

The projects funded under the STFC gravitational waves grants include:

Themes the projects will be working on:

Researching a new generation of technology to treat cancer

UK Research and Innovation (UKRI)-funded research will underpin our next generation of radiotherapy treatment.

UK joins mission to search for the origins of the Universe

The UK has joined an international astronomy mission to search the skies for cosmic origins of the Universe.

UKRI councils show how they will play their part to support world-class research and innovation and drive economic, social, environmental and cultural benefits.