STFC and University of Central Lancashire share findings of a project to improve student engagement with science, technology, engineering and mathematics. 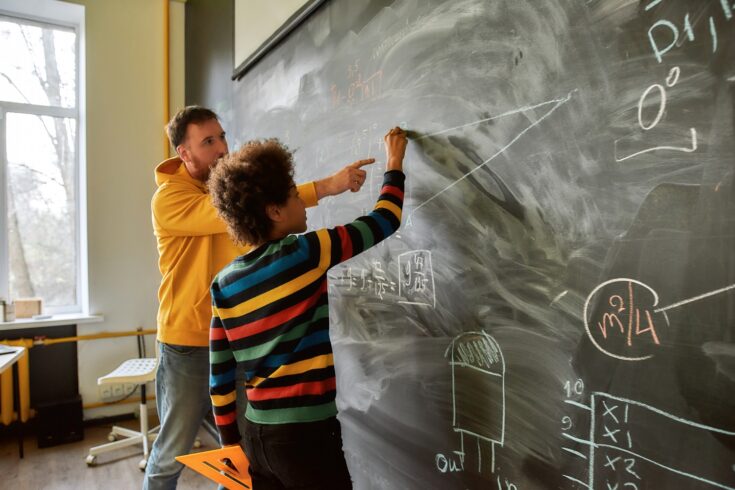 It’s long been acknowledged that students from disadvantaged backgrounds are underrepresented in science, technology, engineering and mathematics (STEM) careers.

Now, research conducted by The University of Central Lancashire (UCLan) and funded by the Science and Technology Facilities Council (STFC) sheds new light on the causes of this problem and points to innovative solutions.

Demonstrating the value of science

The project is following a cohort of pupils as they progress from Year 6 to Year 9, using surveys, interviews and other assessments to gauge interest in science.

These initial findings suggest that attempts to increase science participation among young people should not simply promote the subject as ‘fun’ or ‘interesting’.

Instead, greater impact could be achieved by demonstrating clearly how science can open possible future career opportunities.

Many of the pupils taking part in the study understood that studying science could be useful but few could explain why, suggesting a need for greater education about STEM careers.

As well as broadening our understanding of the issue, the PIER project is tackling the problem head on.

The team has conducted various activities each year for the PIER participants, including ‘meet the scientists’ events, trips to UCLan’s Alston Observatory as well as family science events at school.

Much government policy towards boosting science in higher education focuses on an assumed lack of interest and desire in low-socioeconomic groups.

However, the enthusiasm is already there and this ‘hidden science identity’ needs to be revealed and translated into real-life prospects for these young people.

We’re recommending that programmes instead allow young people to explore their science identity more fully and provide innovative ways to discover the jobs that studying science may lead to.

The paper, A space to study: expectations and aspirations toward science among a low-participation cohort, is available to download on the JCOM website.