More parents than ever feel children’s online use now carries more risks than benefits, according to Ofcom’s latest annual study of children’s media and online lives.[1]

Parents and carers are becoming more likely to trust their children with greater digital independence at a younger age[2]. But far fewer believe the benefits of their child being online outweigh the risks than five years ago (55%, down from 65% in 2015). And around two million parents now feel the internet does their children more harm than good.

However, parents are now more likely than in 2018 to speak to their children about staying safe online (85%, up from 81%). They are also nearly twice as likely to go online themselves for support and information about keeping their children safe than a year before (21%, up from 12%).

Looking at what today’s children are doing online, Ofcom has uncovered three notable online trends over the last year.

The study finds that older children are using a wider range of social media platforms than ever before. WhatsApp in particular has grown in popularity among 12-15 year-olds since last year, despite having a minimum age limit of 16.

Newer platforms such as TikTok – which enables users to create 15-second lip-sync, comedy and talent videos – are also becoming more popular. Around one in seven older children use TikTok (13%) – up from 8% in 2018. One in 20 older children use Twitch – the live streaming platform for gamers.

Alexa – how many children use smart speakers?

Children are using more connected devices than ever before. Among these, smart speakers saw the biggest increase in use over the last year. More than a quarter of children now use them – up from 15% in 2018 – overtaking radios (22%) for the first time. Children’s use of smart TVs also rose from 61% to 67%.

But YouTube is as popular as ever, remaining children’s firm favourite for video ahead of Netflix, Amazon Prime, the BBC and ITV.[4]

The age of digital independence This move to mobile is being driven by older children, for whom 10 is becoming the age of digital independence. Between age nine and 10, the proportion of children who own a smartphone doubles from 23% to 50% – giving them greater digital autonomy as they prepare to move to secondary school. By the time they are 15, almost all (94%) children have one.[6]

“Today’s children have never known life without the internet, but two million parents now feel the internet causes them more harm than good.

“So it’s encouraging that parents, carers and teachers are now having more conversations than ever before with children about online safety. Education and stronger regulation will also help children to embrace their digital independence, while protecting them from the risks.”

Children’s Media Lives is an Ofcom-commissioned qualitative research report by Revealing Reality. It provides an in-depth understanding of how a sample of 18 children, aged eight to 18, think about and use digital media, and how this has changed over time. 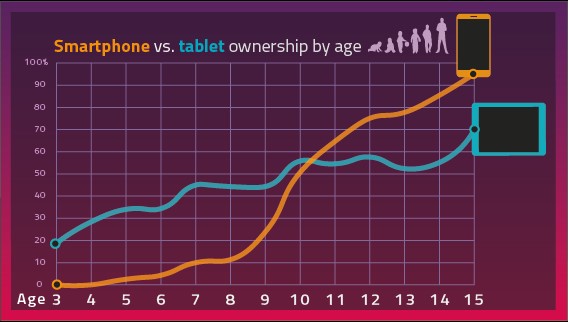 How television can civilise the national debate

How television can civilise the national debate

Media literacy is crucial in helping to build a safer life online.

Ofcom is to examine the position of Amazon, Microsoft and Google in cloud services, as part of a new programme of work to ensure that digital communications markets are working well for people and businesses in the UK.

This speech was delivered by Lindsey Fussell, Ofcom's Group Director, Networks and Communications, at the Connected Britain conference earlier this week.

Have you saved money by switching to a social broadband tariff?

Have you, or someone you know, benefited from a social tariff to get a better mobile or broadband deal? If so, we'd like to hear from you.

The Supreme Court has confirmed it will not hear an appeal from RT against Ofcom’s decisions finding serious and repeated breaches by RT of our broadcasting rules.

Update on complaints received about this year’s Love Island series

Now that the sun has set on the eighth series of ITV2’s Love Island, we have completed our assessment of all the complaints we received about the show this year.