RAF Odiham in Hampshire has seen upgrades to its runway and associated airfield lighting completed.

Royal Air Force Odiham is a front-line helicopter base and home of the UK Chinook Force working within Joint Helicopter Command. The Chinook is a capable and versatile support helicopter primarily used for transportation and can carry up to 10 tonnes of equipment or up to 55 personnel. RAF Odiham operates three Chinook squadrons which were able to operate uninterrupted for the duration of the project. Despite being used primarily by helicopters, RAF Odiham still has a runway. This is important to provide resilience for the RAF and because from time to time, fixed wing aircraft need to use the station.

The works, which were needed to increase the amount of friction on the surface to keep it safe, saw the top 40mm of the runway removed and replaced, to a total of 8,500 tonnes of asphalt. This important project will extend the life of the runway for another 15 years.

Alongside this, the lighting needed to be replaced and at the request of the aircrews, it was also relocated. The new airfield ground lighting is modern, energy efficient and should last for years. 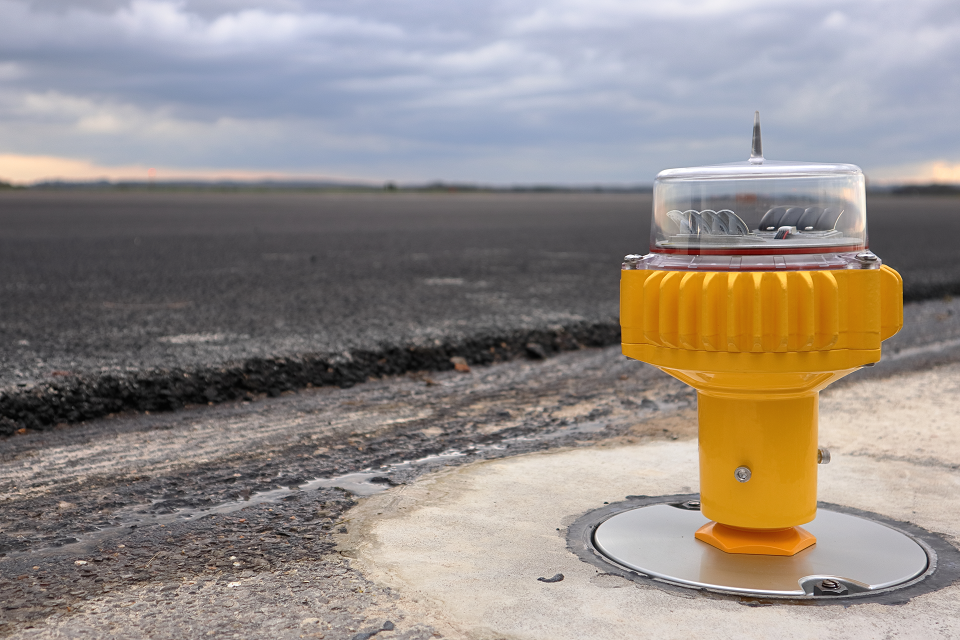 One of the new airfield ground lights at RAF Odiham, next to the resurfaced runway. Crown Copyright / MOD 2021.

It’s fantastic to see the upgraded runway and airfield lighting ready for aircrews. I’ve been really impressed with the team and how quickly this project has been completed, despite the challenges of keeping everyone safe during COVID. The newly-upgraded runway and improved lighting will be in use by aviators at RAF Odiham for years to come.

These essential works at RAF Odiham have upgraded our existing runway, and replaced the runway lighting with modern, more energy efficient lighting, extending the life in excess of 15 years. Many thanks to Amey Highways, Levertech and their subcontractors, on behalf of DIO, who have successfully carried out the works which saw Chinook Force operations continue unaffected throughout.

I’m delighted that once again, the collaborative efforts of Amey’s Highways and Defence teams has resulted in successful handover of upgraded runway works at this important site. By combining the expertise of both teams we have delivered real benefit to the client, DIO, and have future proofed this vital asset for the Armed Forces.

How open-source intelligence has shaped the Russia-Ukraine war

The UK, Italy and Japan will join forces to develop the fighter jets of the future.

Military families are benefitting from £3,400 of childcare support

More than 5,500 children of military personnel are benefitting from wraparound childcare as part of a wider commitment to service families

UK Defence leaders have visited Washington to hold talks with US and Australian partners.

A £229 million deal will see thousands of Next Generation Light Anti-Tank Weapon (NLAW) systems assembled in Northern Ireland and delivered to the British Army.

Ministry of Defence confirms the death of Private Josh Kennington

It is with great sadness that the Ministry of Defence confirms the death of Private Josh Kennington.

A new, tri-service and independent body has been launched to investigate criminal offences within the Armed Forces, including rape and sexual assault, the Defence Secretary has announced.

Project Cetus will deliver the largest and most complex crewless submarine operated by a European Navy.