Rededication services held for two casualties of the Somme

The graves of two soldiers killed on the Somme have been identified and rededicated in northern France.

The graves of Second Lieutenant (2nd Lt) Ernest Lockett Cole and Serjeant (Sjt) Ernest Edward Harris, who were killed in the Somme region of the Western Front whilst serving with antecedent regiments to The Royal Anglian Regiment, have been rededicated more than a hundred years after they died. 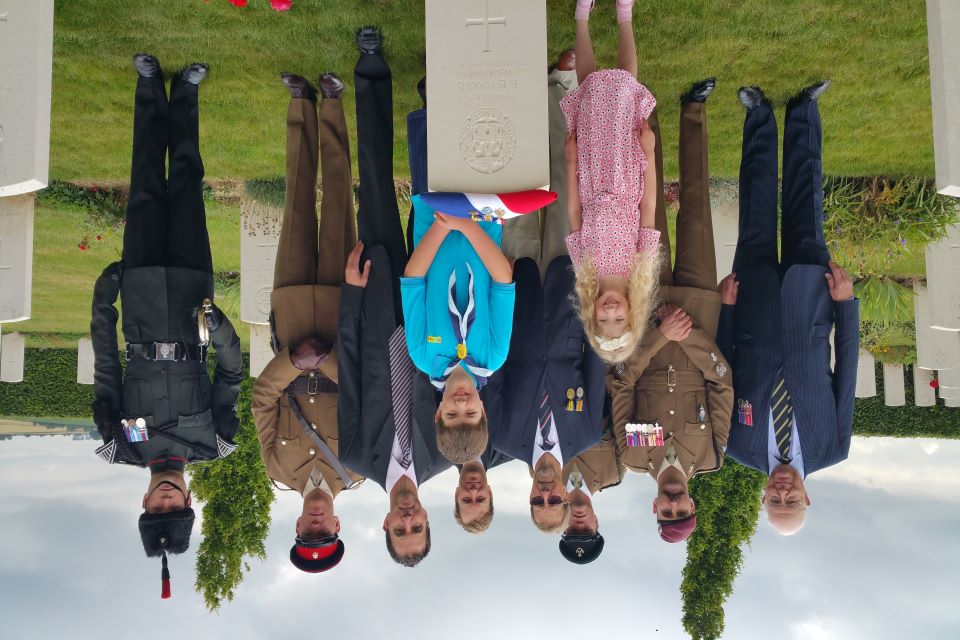 Members of the Harris family stand at his grave, together with military representatives. Crown copyright.

The services, which were organised by the MOD’s Joint Casualty and Compassionate Centre (JCCC), also known as the ‘MOD War Detectives’, were held at the Commonwealth War Graves Commission’s (CWGC) Ovillers Military Cemetery on 22 June and at Villers-Bretonneux Military Cemetery respectively on 23 June.

“It has been an honour to work with The Royal Anglian Regiment and The Rifles to organise these rededication services. Both 2nd Lt Cole and Sjt Harris are remembered with great pride by their families, who after all this time, now know the fate of their missing relatives. To share this experience with them and to become part of that story is a privilege.”

The rededication service for 2nd Lt Cole was attended by members of his family including his great niece Julie Kirkman and her sister Pat.

“We are eternally grateful that through the hard work of the researchers we were able to pay our respects and say thanks to our Great Uncle Ernest over 100 years after his death.” 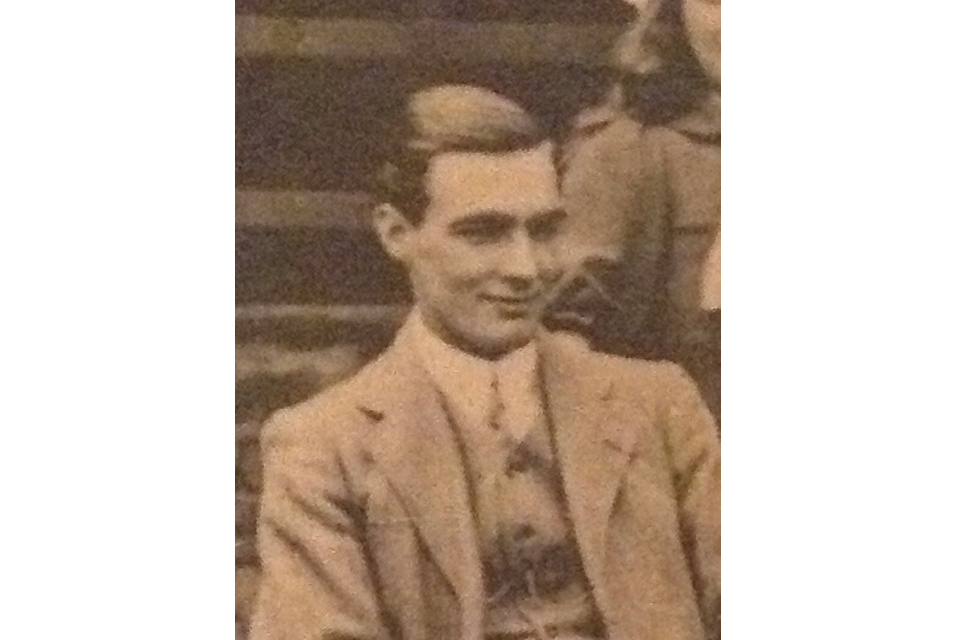 2nd Lt Cole, aged 29, came from Barrow-in-Furness in Cumbria but was serving with 8th Battalion The Northamptonshire Regiment. He was attached to 1st Battalion, when he was sent to the Western Front on 6 September 1916. A few weeks later on 27 September 1916, C Company of 1st Battalion The Northamptonshire Regiment took part in an attack on the Flers Line in support of 2nd Battalion The King’s Royal Rifle Corps. The attack was unsuccessful and 2nd Lt Cole was killed during the fighting. His son, also named Ernest Lockett Cole, was born on 19 March 1917, six months after his father’s death.

After the war his remains were moved into Ovillers Military Cemetery where he was buried as an unknown Second Lieutenant of The Northamptonshire Regiment. It was noted that the initials ‘EC’ were marked on this man’s underclothing. As he was missing, 2nd Lt Cole was commemorated on the Thiepval Memorial in France.

The rededicaton service at Villers-Bretonneux Military Cemetery was attended by nine members of the Harris family, including Alister Dawson, the great great nephew of Sjt Harris.

“It’s an honour and a privilege to attend the rededication ceremony and we really appreciate the work of the JCCC. We thank them for taking the time to trace family members and all the effort that goes into organising the ceremony. We hope this will make something that happened over a hundred years ago much closer for our children and they will remember Sjt Harris and all the fallen in proud remembrance.” 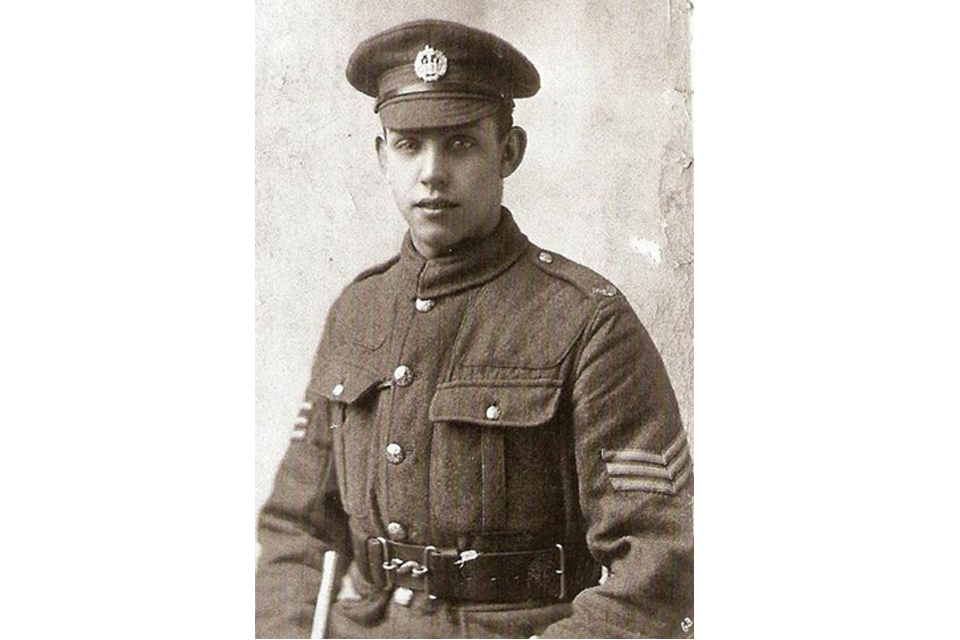 Sjt Harris, aged 21, came from Takeley in Essex. He was killed on 8 August 1918 during the Battle of Amiens. The battle would mark the start of the Hundred Days Offensive, when the Allies forced the Germans into retreat and brought the First World War to a conclusion. Sjt Harris was a member of 10th Battalion The Essex Regiment which attacked north east of the village of Sailly-le-Sec.

After the Great War as the battlefields were cleared the remains of 28 soldiers were moved into Villers-Bretonneux Military Cemetery from a location near Sailly-le-Sec. Amongst these men was a serjeant belonging to The Essex Regiment who was known to have been killed on 8 August 1918. As Serjeant Harris was missing he was commemorated on the Vis-en-Artois Memorial.

The graves of both men were identified after researchers contacted the CWGC presenting evidence suggesting they had been found. Further research conducted by the National Army Museum and JCCC confirmed their findings.

The headstones over their graves have been replaced by the CWGC.

“It is always really special to host these poignant ceremonies at our cemeteries, and to formally recognise soldiers who gave the ultimate sacrifice for their country. It will be our honour to care for the graves of Second Lieutenant Cole and Serjeant Harris, in perpetuity.”

She becomes the first female British Army officer to hold the rank of Lieutenant General and occupy this prestigious role.