A seafood salesman has been sentenced after smuggling an estimated 5.3 million critically endangered baby European eels to East Asia via the UK. 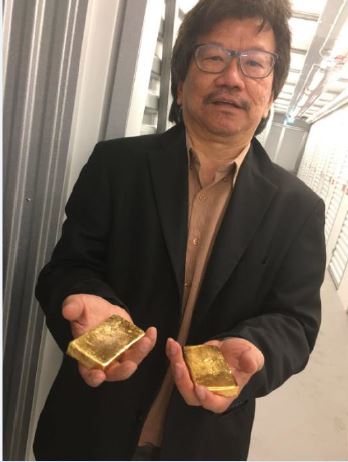 Specialist Border Force officers found the European ‘glass eels’, known as Anguilla Anguilla, concealed under a load of chilled fish at Heathrow Airport. They were due to be exported to Hong Kong on 15 February 2017. It was the first such seizure ever recorded in the UK.

The live consignment, weighing around 200 kilos with an estimated value of at least £5.7million on the black market in East Asia, had been transported from Spain to the UK.  The marine animals were later returned to the wild.

Khoo was arrested on 23 February 2017 when he disembarked a flight from Singapore at Heathrow Airport.

When interviewed by National Crime Agency officers, Khoo told officers that he was a middleman for buying and selling seafood.

However, while searching his home officers found paperwork showing that, between February 2015 and February 2017, Khoo was smuggling the rare species under his company Icelandic Commodities Exports Ltd.

They found that Khoo would import elvers from EU states, hold them at a farm in Gloucestershire, then repackage and label them as ’chilled fish’ to be sent onwards to East Asia.

Elvers fetch more than ten times the price on the East Asian black market than they would in the UK. There they are considered a delicacy and demand is very high. Due to their status as an endangered animal there are strict controls on their export.

NCA officers estimate that in two years Khoo exported or had attempted to export 1,775 kilos of eels worth an estimated value of £53 million for sale on the black market.

“Gilbert Khoo was attracted to the millions of pounds he could make smuggling elvers through the UK. But, it’s a risky business trying to move illegal commodities through our borders. His entire operation has now been shut down.

“Along with our partners, like Border Force and the Fish Health Inspectorate, we are determined to do all we can to stop the global black market trade of endangered species.”

“This was a significant seizure, the first of its kind for this type of species at export in the UK. It was made possible by the dedication and commitment of my officers, working in partnership with other law enforcement agencies.

“The global black market for endangered species, including European Eels, is a vile trade and will not be tolerated.”

“The risk to our country’s aquatic animal health posed by illegal trade such as this cannot be underestimated. In this case the severity of the offence is compounded by the fact that the trade is in a critically endangered species. This is a landmark case for us and will send an extremely strong message to the criminal fraternity that the Fish Health Inspectorate will take action against anyone who is found to have acted in defiance of the law.

“By taking an intelligence led approach to our enforcement work and regularly collaborating with partner agencies such Border Force and the NCA, we have ensured that this environmental crime will not go unpunished.”