Two burial services have taken place on the Western Front for an unknown soldier of the Sherwood Foresters (Nottinghamshire and Derbyshire Regiment) and an unknown soldier of an unknown regiment, who both fell during World War 1 on the Somme in France. The first service of the unknown solider of an unknown regiment took place on Tuesday 16 April at the Commonwealth War Graves Commission’s (CWGC) Guards’ Cemetery, Lesboeufs. The unknown Sherwood Forester was buried recently (Wednesday 17 April) at Guillemont Road Cemetery. 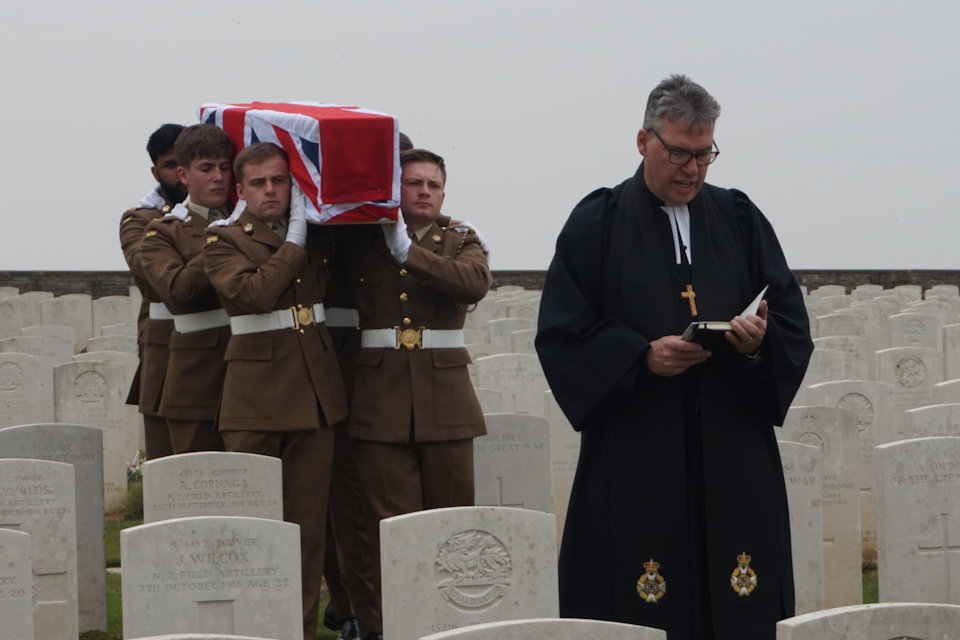 A bearer party from The Mercian Regiment carry the coffin of an unknown soldier into Guards Cemetery, Lesboeufs, led by the Reverend Tim Flowers

The services, organised by the MOD’s Joint Casualty and Compassionate Centre (JCCC), part of Defence Business Services, were conducted by the Reverend Tim Flowers CF, Chaplain to 4th Battalion The Mercian Regiment.

It has been a privilege to organise these burial services here on the Somme. Although the identities of these two 2 soldiers remain unknown, it is only right that they are afforded the burial and recognition that they deserve. They are now at rest amongst their comrades who lived and fought with them in the cause of freedom. 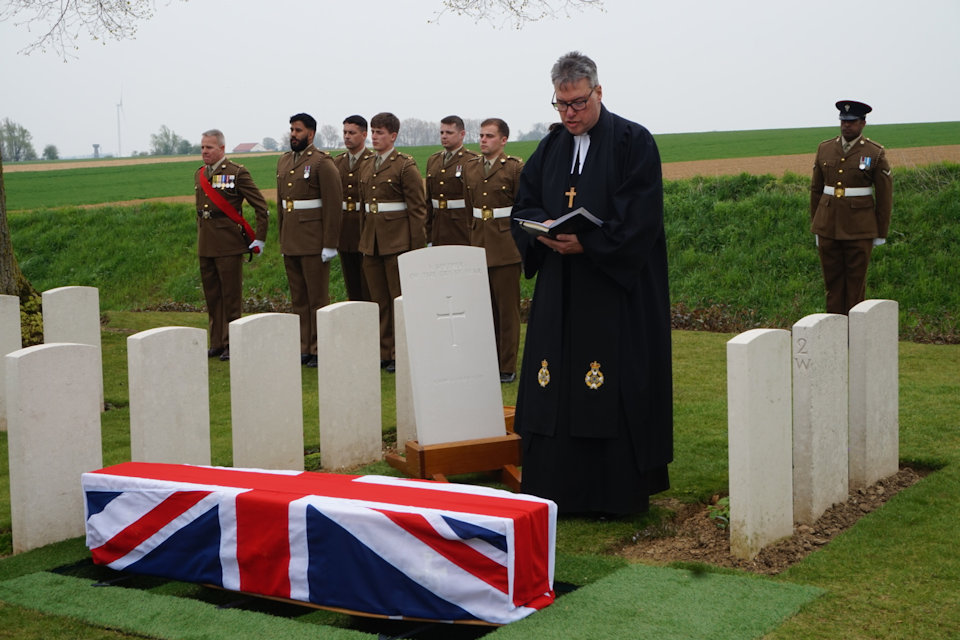 The Reverend Tim Flowers conducts the burial service at the graveside of the unknown soldier in Guards Cemetery, Lesboeufs

The Reverend Tim Flowers referring to the service for the unknown Sherwood Forester, yesterday said:

It is a tremendous honour and privilege for me today to conduct the funeral service of 1 our fallen comrades over 100 years since he fell in battle. He is known unto God.

The remains of both soldiers were discovered on the edge of the village of Ginchy, during work on a wind turbine project. Whilst 1 soldier was identified as being a Sherwood Forester through artefacts found with his remains, no artefacts were found with the other soldier. His identity and regiment are therefore unknown. The JCCC believe both soldiers were killed in September 1916 during heavy fighting in the area. 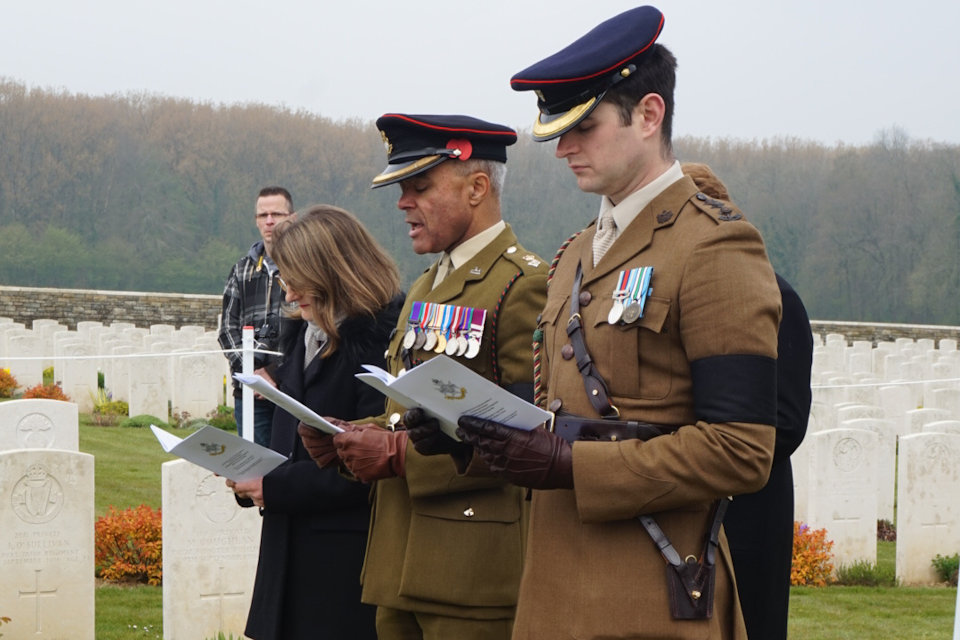 Despite extensive research by the MOD team, it was not possible to identify the Sherwood Forester, although it is believed that he was most likely a member of the 2nd Battalion of that regiment. However, there are still too many members of that Battalion missing in the area from that period to identify him.

Both men were laid to rest by a burial party composed of members of The Mercian Regiment, the antecedent regiment of the Sherwood Foresters.

The new graves were prepared by the CWGC.

These 2 soldiers, unknown but not forgotten, have been laid to rest alongside their comrades in Guards’ Cemetery and Guillemont Road Cemetery with honour and dignity. The Commonwealth War Graves Commission will ensure that their sacrifice is not forgotten and their graves, together with all of those who served and fell, are cared for in perpetuity.

Military veterans to get cut-price train travel to help boost job prospects and bring them closer to family and friends.