The Met Office has named Storm Evert as coastal gales and rain are set to move into southwestern UK this evening.

High winds then spread into other coastal counties in England during Thursday night and Friday morning, before easing from the west later on Friday.

The storm name comes as an amber wind warning has been issued for much of Cornwall, as well as the Isles of Scilly, with yellow warnings remaining in place for the wider southwest, southern Wales and along the southern coast of England.

The low pressure system, which will now be called Storm Evert, is moving in from the west on Thursday evening. The highest winds are expected to be over parts of Cornwall during the early hours of Friday, when gusts could reach as high as 75mph in the most exposed areas. Other coastal areas in southern parts of England and Wales will also see high gusts, mainly between 40 and 60mph, and this brings with it the chance for some travel disruption and damage to temporary structures. 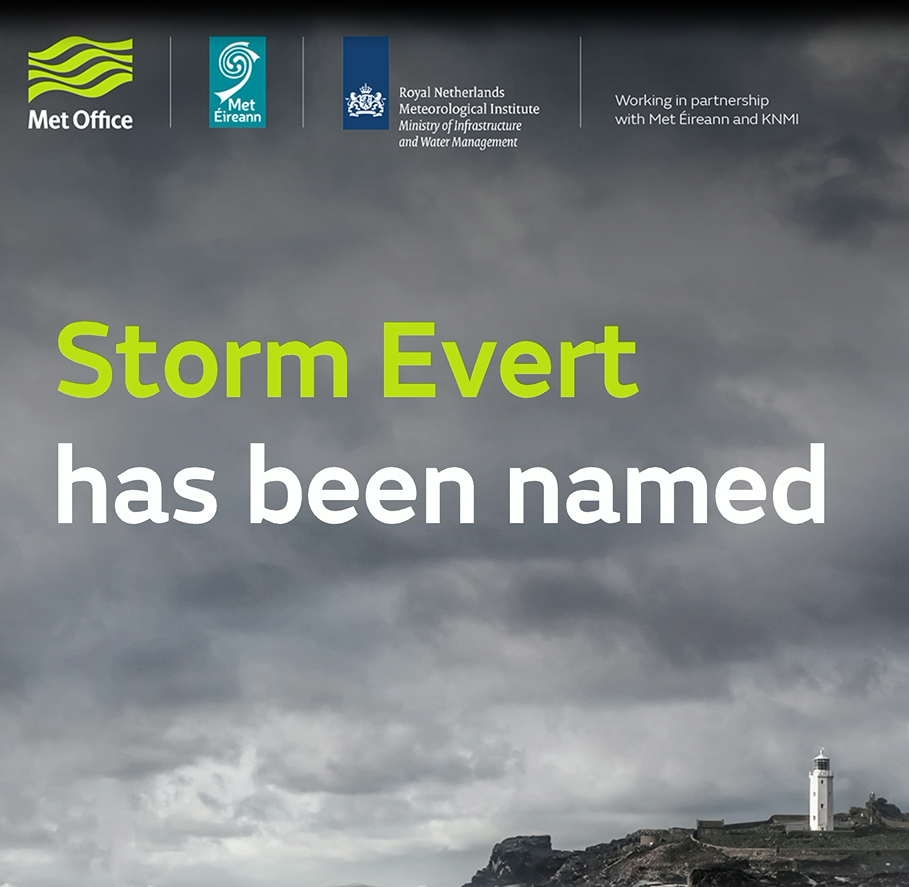 The high winds will be accompanied by some rain at times. The wettest weather on Thursday night will be over parts of Wales and southwest England, with the heaviest rain then moving eastwards on Friday as parts of eastern, southern and central England then get the wettest weather, including a risk of thunderstorms in a few places during the afternoon.

“Storm Evert will bring some high winds, particularly along the northern coast of the southwest, but there will be gusty winds more widely in southern areas, which brings the potential for some impacts, especially for those that might be travelling or camping in the weather.

“Storm Evert will move eastwards across southern UK during Friday daytime, clearing into the North Sea during Friday evening. As well as the high winds, there will also be some heavy rain before it leaves our shores, with up to 40 mm possible over parts of Wales and the southwest and the potential for 40 or 50 mm rain in a short period of time from heavy, possibly thundery, showers over parts of eastern and central England on Friday afternoon.”