UK Space Agency: Scientists are a step closer to finding planets like Earth

A UK-backed mission that will search for Earth-like planets has been given the green light to continue development after passing a critical milestone review.

The UK Space Agency has invested £25 million in innovative science for the European Space Agency mission, called Planetary Transits and Oscillations of stars (PLATO), ensuring UK scientists and engineers, led by the University of Warwick, will take part in all aspects of the mission.

The critical milestone review has confirmed the maturity of the design and the robustness of the build schedule for both the science instruments and the spacecraft they will fly on, so it is now full speed ahead for PLATO.

The mission offers the exciting potential for a rocky planet with life signatures to be detected using innovative sensors, electronics and software developed in the UK, on a mission with UK science leadership.

Planned to launch in 2026, the next-generation planet hunting mission will monitor thousands of relatively bright stars over a large area of the sky, searching for tiny, regular dips in brightness as their planets transit in front of them, temporarily blocking out a small fraction of the starlight. The analysis of these transits and of the variations in the starlight will allow us to characterise the properties of the exoplanets and their host stars.

Astronomers have so far found over 3,000 planets beyond our Solar System which are called exoplanets, but none, as yet, has been shown to be truly Earth-like in terms of its size and distance from a Sun similar to our own. PLATO’s innovative design is set to change all that.

Its suite of 26 small telescopes and cameras, reminiscent of the compound eye of an insect, will allow it to ‘stare’ at a large number of the nearest and brightest stars, with the aim of discovering Earth-sized planets orbiting Sun-like stars in the ‘habitable zone’ – the distance from the star where liquid water could exist at the surface. 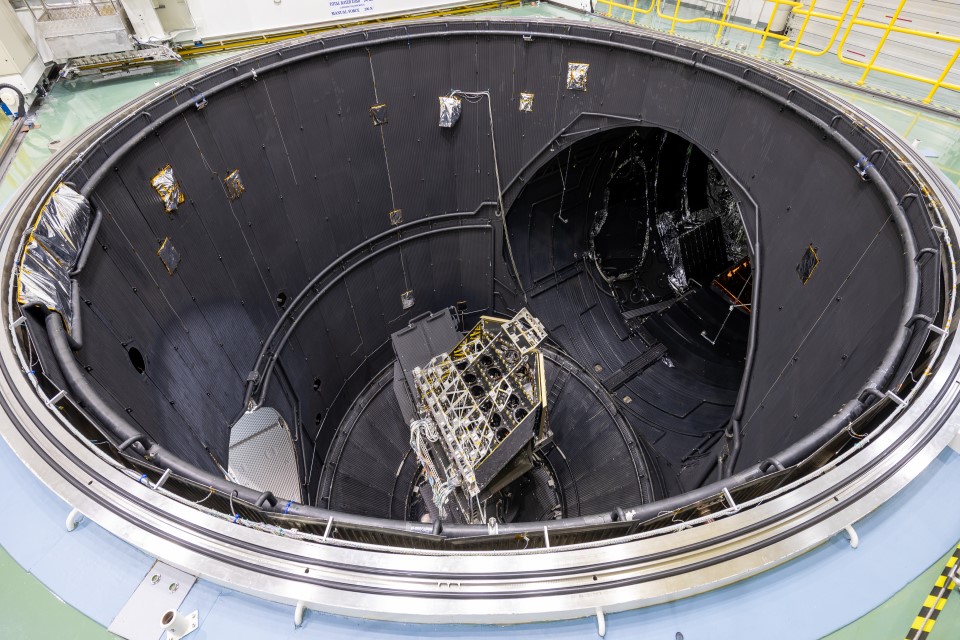 The PLATO project involves the serial production of complicated components and is challenging to both academia and industry. The Critical Milestone is a detailed examination of how these processes will work in practice.

Any production errors will lead to greater costs and delays so passing this milestone is reaffirming confidence in the hundreds of scientists and engineers that are working on this mission. Our dream of finding lots of planets like the Earth that we can examine in detail is one step closer.

The UK has a major role in many aspects of the mission. In addition to Warwick’s involvement, scientists and engineers at UCL’s Mullard Space Science Laboratory are responsible for the development of the camera electronics for the telescopes. The detectors are produced by Teledyne e2v in Chelmsford, and a team of UK scientists coordinated by Cambridge University’s Institute of Astronomy is developing the Exoplanet Analysis data processing system.

Plato continues a European tradition of excellence in all areas of space science. The mission will serve the science community to gather invaluable knowledge of planets in our galaxy, beyond our own Solar System.

The successful completion of the critical milestone and the formal start of the second phase of this extraordinary mission constitute an important boost of positive energy for the next challenges to be tackled with our industrial, institutional and academic partners.

The next major milestone for PLATO is the spacecraft critical design review in 2023, which will verify the detailed design of the complete spacecraft before proceeding with its assembly. After launch, PLATO will travel to Lagrange point 2 in space, 1.5 million km beyond Earth in the direction away from the Sun. From this point the telescope will observe more than 200 000 stars during its four-year nominal mission

The government’s National Space Strategy outlines the long-term plans to grow the UK space sector and make Britain a science and technology superpower, expanding our horizons with space science and exploration missions like PLATO.

Book your coronavirus vaccination and booster dose on the NHS website

Darren Hughes, director of the Welsh NHS Confederation, responds to the Welsh Government announcement on the end of all legal Coronavirus regulations.

Cllr James Jamieson, Chairman of the Local Government Association, responded to the Chancellor’s announcement of a package of support to help with the cost of living

Matthew Taylor responds to the Chancellor's statement on the cost of living crisis and the measures he announced.

The Welsh Government has worked well with the education profession to co-design the new curriculum, but it was initially developed without assessing its direct or opportunity costs.

Stigma, poverty, and lack of access to basic services like toilets and water are causing menstrual health and hygiene needs to go unmet and increasing women and girls’ risk of infections, UNICEF warned ahead of Menstrual Hygiene Day. These challenges are particularly acute among the poorest, ethnic groups, refugees, and people with disabilities.

“Once again, children have been attacked and killed while attending school – the one place outside of their homes where they should be safest. This time it happened in Uvalde, Texas.

Scotland’s councils have had a pivotal role in supporting and working with communities as they responded to the impacts of Covid-19. Now councils must lead recovery work with and alongside their local communities, focusing on getting the services people need in place as pressures and stresses escalate and impact the day to day lives of individuals and communities.

Cllr David Fothergill, chair of the LGA Community Wellbeing Board responded to analysis from the County Councils Network (CCN) and Newton of the underfunding of the Government’s proposed reforms to adult social care

After more bad news for families yesterday (Tuesday) on the cost of living, the TUC has called on the government to urgently come forward with an emergency budget.