The UK Space Agency has welcomed news that the British rocket company Orbex has unveiled the first full-scale prototype of its Prime orbital space rocket.

Orbex’s Prime rocket reaching technical readiness represents a significant achievement that brings together key elements of the ground infrastructure and prototype launch vehicle for the first time and is a major step forward for the company and for the UK launch industry.

The UK Space Agency supported the development of Orbex’s Prime rocket with £5.5 million of funding, as part of the government’s plans to enable small satellite launch from UK spaceports.

With the first integration of a full scale Orbex prototype launch vehicle on a launch pad now complete, the company will enter a period of integrated testing, allowing dress rehearsals of rocket launches and the development and optimisation of launch procedures.

Orbex recently revealed their first test launch platform at a new test facility in Kinloss, a few miles from the company’s headquarters at Forres in Moray, Scotland.

This is a hugely exciting time for the UK space and satellite sector as we count down to the first satellite launches from UK spaceports later this summer. Orbex Prime is a remarkable feat of engineering from a British rocket company, pioneering more sustainable and innovative fuels that cut carbon emissions.

It is also fantastic to see Moray-based Orbex creating more high-quality jobs, demonstrating the value of our thriving space sector to support emerging clusters of innovation to help level up the whole of the UK.

We are on the cusp of an historic moment, with Orbex playing a leading role in generating a brand-new launch capability in the UK, while creating opportunities for people and businesses across the country. I can’t wait to see Prime lift off from Space Hub Sutherland. 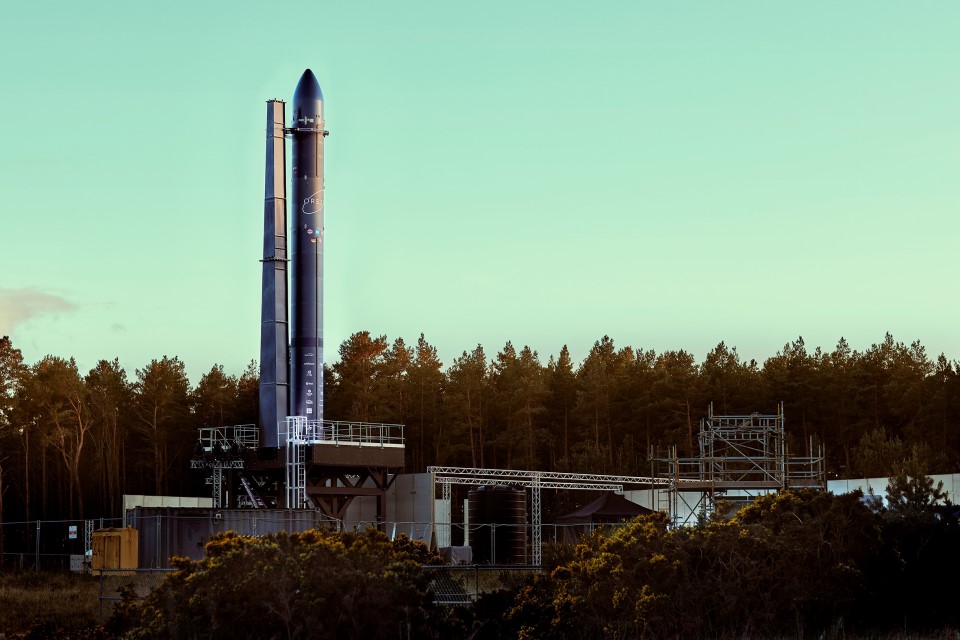 Space Hub Sutherland is one of seven potential spaceport sites across the UK and is being developed by Highlands and Islands Enterprise. The spaceport is expected to generate around 60 jobs in Caithness and Sutherland, and more than 600 jobs in the wider region.

The UK already has a thriving space sector, employing 47,000 people and generating an income of £16.5 billion. The government’s National Space Strategy set out plans for the UK to be the leading country in Europe to offer small satellite manufacturers a direct end to end route to launch, building on our leading small satellite industry. Harnessing the opportunities provided by commercial spaceflight will create high skilled jobs and local opportunities around UK spaceports.

I am deeply impressed with the speed at which the Orbex Prime rocket was developed. It is the first full orbital micro-launcher in Europe. But I am equally impressed by the low-carbon footprint technology applied. My sincere congratulations to the whole Orbex team for this impressive achievement.

Orbex Prime is a 19-metre long, two-stage rocket that is powered by seven engines, that is being designed and manufactured in the UK and Denmark. The six rocket engines on the first stage of the rocket will propel the vehicle through the atmosphere to an altitude of around 80km. The single engine on the second stage of the rocket will complete the journey to Low Earth Orbit (LEO), allowing the release of its payload of small, commercial satellites into Earth’s orbit.

This is a major milestone for Orbex and highlights just how far along our development path we now are. From the outside, it might look like an ordinary rocket, but on the inside, Prime is unlike anything else. To deliver the performance and environmental sustainability we wanted from a 21st century rocket we had to innovate in a wide number of areas – low-carbon fuels, fully 3D-printed rocket engines, very lightweight fuel tanks, and a novel, low-mass reusability technology.

UK manufacturing output grew at its fastest pace in ten months over the quarter to May.

In a speech to the CBI’s Annual Dinner yesterday (Wednesday) its President, Lord Bilimoria, said that with negative growth in March and forecasts of a weak outlook for the rest of 2022, the Government must act on the cost-of-living crisis and help firms to invest in uncertain times.

Fall prevention has been identified as the number one priority by the leading health and safety charity the Royal Society for the Prevention of Accidents (RoSPA). And RoSPA is now calling on businesses, business leaders and the health and safety community to use the skills they have developed in fall prevention in workplaces, to educate their employees to help prevent falls in the home.

Inflation: Families are desperate for government help with an emergency budget, says TUC

TUC: Working people must not pay the price of government’s NI protocol “mess”

General Secretary Frances O’Grady yesterday commented on the government announcement on plans to scrap part of the Northern Ireland protocol.

Soccer Aid for UNICEF, taking place on Sunday 12 June at London Stadium, today announced a new partnership with charitable foundation The Power of Nutrition, who will match public donations and fundraising up to a total of £4 million.

Soaring food prices driven by the war in Ukraine and pandemic-fuelled budget cuts set to drive up both need for, and cost of, life-saving therapeutic food treatment, the latter by up to 16 per cent

The statistics look backwards but most are braced for what’s coming next, says the CIPD in response to the latest labour market statistics from the ONS