The biggest digital camera ever built will picture the night sky in vast detail, creating a unique time series to revolutionise our understanding of the universe. 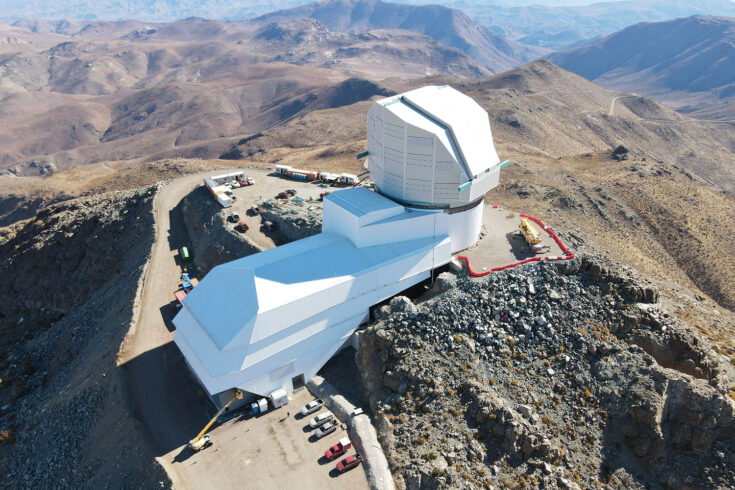 Drone photo of the Rubin Observatory summit facility (provided by Dome Surveyor, Oscar Rivera) shows advancement to near 100% on dome cladding completion as well as closure of the louvers, rear door, and shutters. Credit: Rubin Observatory/National Science Foundation/Association of Universities for Research in Astronomy

The Vera C Rubin Observatory will take an inventory of the universe, and the UK is leading a project to process the massive data stream to enable the science. The UK project is funded by the Science and Technology Facilities Council (STFC).

The US-led Rubin Observatory in Chile will carry out the Legacy Survey of Space and Time (LSST) by constantly surveying the southern sky over a period of 10 years.

How will it work?

The survey will produce an image of the universe every minute, and every object that is variable, transient or moving will be catalogued. A constant data stream of these alerts will be produced.

This survey will have an impact in every area of astronomy and will revolutionise the capability of astronomers to scan the sky for transitional objects. These include distant cosmic explosions, hungry black holes, the nearest earth-hazardous asteroids and the search for distant bodies and dwarf planets in the outer solar system.

During the survey, the telescope will produce up to 10 million alerts, 1000 pairs of exposures and 20 terabytes of data every night, so a complex and sophisticated data processing system is needed.

The role of the UK

The UK’s Lasair project has been selected as an official LSST community alert broker and will receive the full Rubin Observatory alert stream.

With STFC funding, The University of Edinburgh and Queen’s University Belfast have been partnering to build a community broker. They aim to provide a user-friendly and scientifically powerful platform for worldwide users to exploit this information-rich data stream.

Our selection as a community broker is endorsement of the work we have been doing over the last few years, showing that the UK has the technical and computing expertise to allow the world to exploit the LSST data.

Rubin Observatory will be an enormous leap forward in scientific capability, the sensitivity, precision of measurement, and spectral information is unprecedented. But science will come from being able to understand and extract information from this stream.

They built Lasair (which is Gaelic for ‘flame’ or ‘flash’) as a working prototype, which demonstrates how scientists across the world can scientifically exploit this massive data stream. The Rubin Observatory can support only a fixed number of full data streams, given their size and daily rate, and issued a call for proposals from the worldwide community.

Dr Roy Williams from the University of Edinburgh, and one of the lead developers and architects of Lasair, said:

There is now a deluge of data as sensors of all kinds proliferate. Electric grids deliver logging information at dizzying rates and bridges have internet-connected stress monitors, everywhere in modern society more messages are being produced. The difficulty is discerning what is critical and urgent from the irrelevant and ordinary.

We are taking the lead in building a system so UK astronomers can get precisely what they are looking for.

It is planned that the whole UK community will have access to the data from this project via an agreement with the telescope builders and agencies in the US.

The Rubin Observatory is an exciting collaboration that will give UK scientists the opportunity to explore the nature and origin of a range of unique aspects of our universe.

UK strengths in large-volume data processing and analysis, working with colleagues in Europe, combined with what will be the biggest ever optical survey camera provided by the USA, demonstrate the crucial role we can play in leading international capabilities.

The UK team have demonstrated a successful prototype, running on a data stream from the Zwicky Transient Facility (ZTF). The ZTF is a much smaller telescope based in California that produces a stream of astronomical alerts in a similar format to that which will come from LSST.

The LSST data stream will be a factor 30 larger than that from ZTF and the Lasair team are now developing their technology to cope with the richer data flow. Lasair matches the alerts against every astronomical object that has ever been catalogued in the sky, in a giant database. It then classifies the alerts based on what we know about that region of sky across the full electromagnetic spectrum.

The team are developing novel database and data streaming techniques over the next two years to be ready for science data from Rubin in early 2024. The task will be assisted by plugging into the resources provided by STFC’s other huge data projects including those working with CERN and the Square Kilometre Array Observatory.

The full telescope commissioning in Chile is planned to begin in 2023 and the Lasair team are working to be ready to accept the data tsunami that will run for 10 years.

Find out more about the LSST, including a full list of partners. 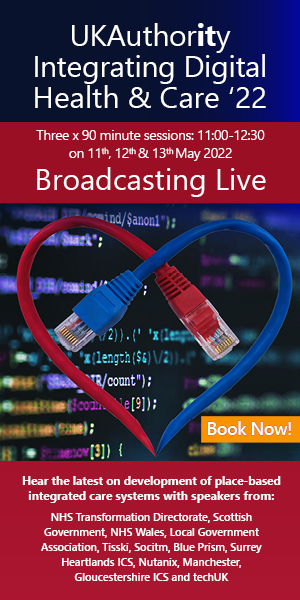