A collection of Lady Godivas, historical vehicles and some familiar faces brought Coventry to life as it became the city that moves.

Coventry City of Culture 2021 opened with a spectacular day of live streams and videos that were all broadcast digitally into people’s homes.

Forty three performances took place throughout the day and passed through all 18 wards of the city, including live streams of processions featuring famous vehicles from Coventry’s bicycle and motor trade. Performers took to the streets across the city, interspersed with pre-recorded videos featuring BMX and parkour performances and documentary footage. 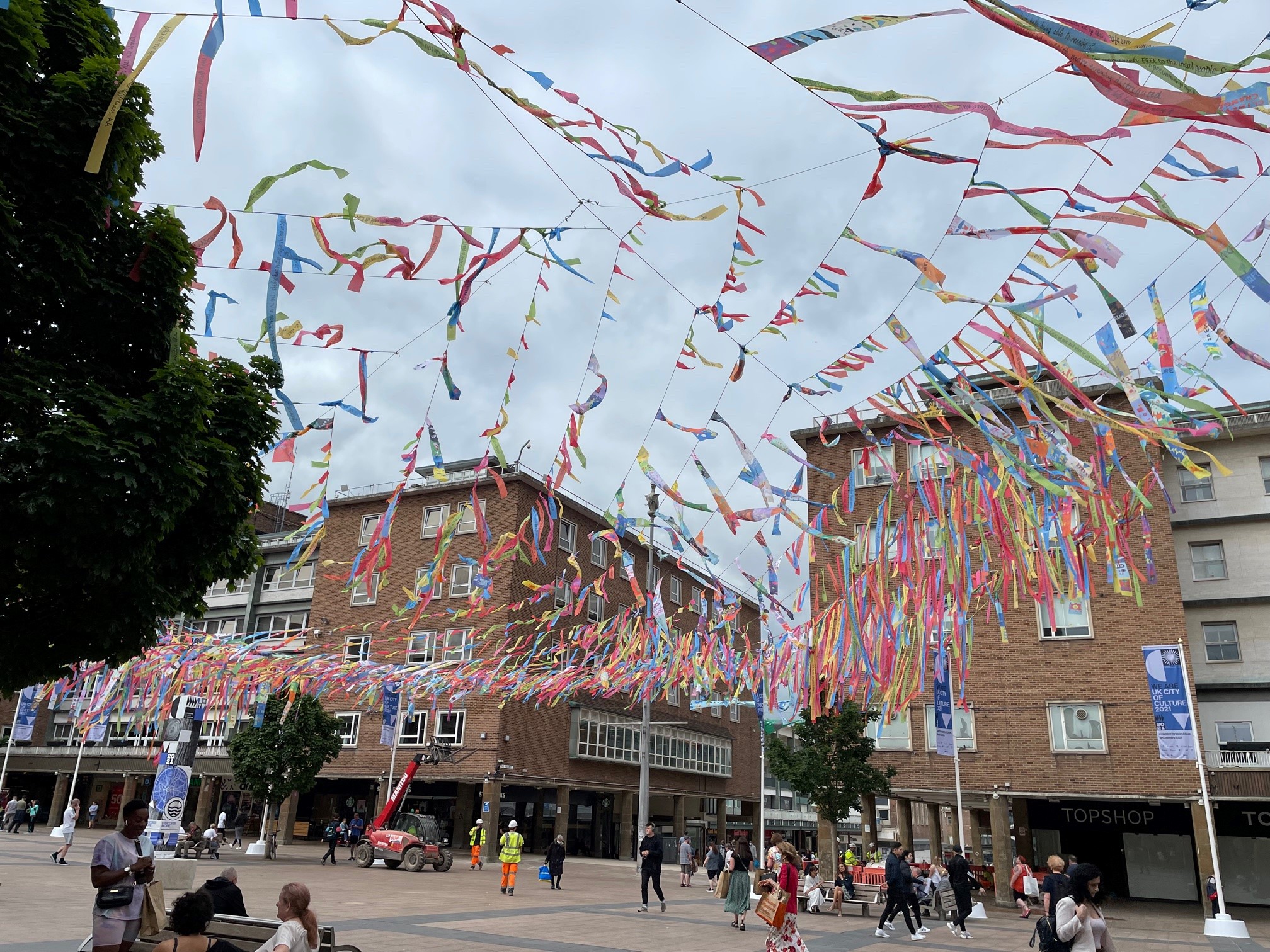 Highlights included 14 modern day Godivas riding through the streets, all selected through public nomination and the city’s Broadgate was decorated with a Cofa Tree featuring over 7,000 ribbons produced by children from 70 Coventry schools.

The day drew to a close with Coventry Moves Together, which was broadcast in seven different parts to form one whole piece of music by nine local radio stations and featured the voices of Coventry’s children.

Arts Council England has been a principal supporter of Coventry’s City of Culture year, including funding from the National Lottery of £5million, as well as support for a variety of projects through National Lottery Project Grants.

“Coventry Moves has set the tone for what promises to be an inspirational and incredible year that this city will have as City of Culture. I have no doubt it brought smiles to people’s faces across the country and filled the local community with a sense of pride in their city.

“Coventry is known for its innovation and creativity, and the city demonstrated those traits in such an amazing fashion, when the eyes of the nation were on them.”

You can still see all the action from the day at coventry2021.online

Attention now turns to the city’s Summer of Surprises, including the opening of Assembly Festival Garden on 1 July, a city centre place to enjoy, including world class performances from the West End and Edinburgh circuit, opening with the Choir of Man and Circolumbia.

Observations on Being, an immersive experience at the London Road cemetery opens on Tuesday 22 June. Developed by Marshmallow Laser Feast, it invites audiences to go on a journey through the invisible natural world, brought to life by audio visual art installations and soundscapes.

Also opening in July is Small Bells Ring by Studio Morison, a fully-functioning canal boat filled with the UK’s largest collection of short stories will be working its way along canals network before arriving in Coventry, allowing visitors to borrow books or read on the canal.

Find out more about the events above, as well as the huge number of events taking place across Coventry.