Greatest Honour of My Life 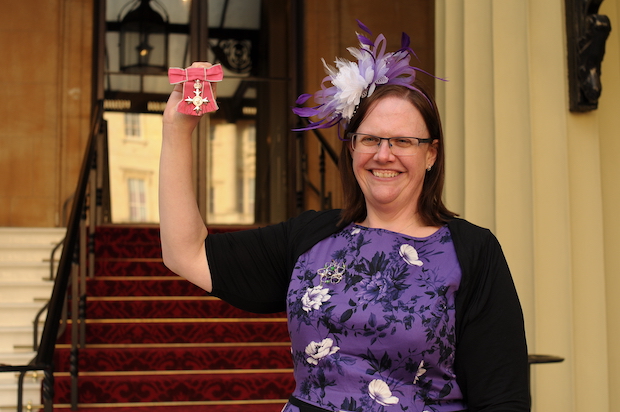 When I received the letter from the Cabinet Office saying that I had received an MBE in the Queen’s Birthday Honours 2018, I cried buckets for hours. My first reaction was shock and surprise. I had no idea that colleagues had put me forward for an honour. I didn’t celebrate upon getting the letter because I was googling whether the letter was real or a hoax.

It was six weeks before the official announcement and I was under strict instruction to keep it a secret from everyone. I won’t forget the evening that the embargo was finally lifted and I could tell my family my exciting news. It was 10pm, and I called my Mum, Dad and brother on FaceTime to see their reaction. They took a few seconds to digest it. I just remember their mouths open in shock.

On announcement day, I then moved through the stage of spontaneously crying at reading so many kind messages from family and friends. It would be a few weeks before I received my investiture details, and I kept wondering if it was real.

There was so much to organise. Choosing the perfect outfit for the weather, knowing that it would be in November and the weather was likely to be chilly. I knew I wanted to wear purple, white and green. I also knew I wanted a 1950’s style dress with a puffy skirt. I also wore a broach created by a friend who was inspired by our work on celebrating the suffrage centenary in 2018. I don’t suit hats, so instead opted for a rather large fascinator.

When it came to choosing the family members to attend the ceremony with me, I wanted my Mum, Dad and my wife Ali. There were so many decisions from what to do afterwards, picking what photos I'd like to purchase and whether I wanted the souvenir video. Who would take care of our four month old baby who has never been apart from us. Oh, and booking a hotel close by to ensure that I wouldn't be late.

It was similar to preparing for your wedding, hair, dress and only drinking clear drinks so it didn’t spill on my outfit. Going through the gates of Buckingham Palace as a guest instead of a tourist felt surreal. Walking through the door, all I kept thinking of was, ‘This is the door that Her Majesty The Queen entered on her Coronation.’ Once inside, the recipients of honours separate from family. All bags, phones etc are put in the cloakroom as there is a strict no photography policy.

Recipients of honours are guided into rooms according to the honour you receive and we were invited to enjoy a drink and mingle. I heard amazing stories of incredible people. I met someone who received the Polar Medal for his work in Antarctica, and someone else who received their honour for poetry.

We were guided through all the etiquette, what’s happening next and discovered who would present the honour. You never know who until you are at the reception - and it was Prince Charles. We were guided on how to curtsey or bow, and we all tried it multiple times. We were called up in groups to walk through to the ballroom. 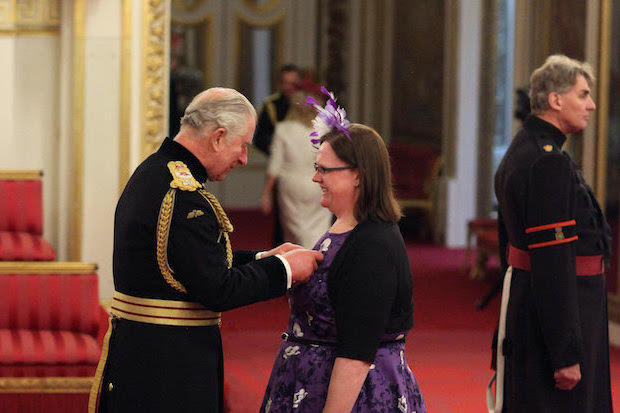 Keela Shackell-Smith is made an MBE by the Prince of Wales at Buckingham Palace. ©Yui Mok/PA Wire

Walking through the Palace, I studied the paintings and tried to take in the moment and the grand setting. As a royal fan, I instantly recognised the painting of Queen Victoria’s wedding and started weeping again and had to keep reminding myself to keep calm and breathe.

I couldn’t believe what was happening. My name was called and I walked three steps forward... pivot, curtsy, take three steps forward and the medal was attached to the pin that had already been put on my outfit. You talk one-to-one. I kept reminding myself to breathe, wiggle my toes and not faint in front of Prince Charles. I was completely starstruck and humbled by everything going on.

Prince Charles and I discussed my work in commemorating 100 years of some women getting the right to vote. The regal shake of the hand is the cue that the conversation has reached  its climax. Taking three steps backwards, I curtsied, pivoted and walked out of the ballroom. All the while, with my family watching me. But I didn’t notice them as I was too focused on trying to breathe and not passing out! 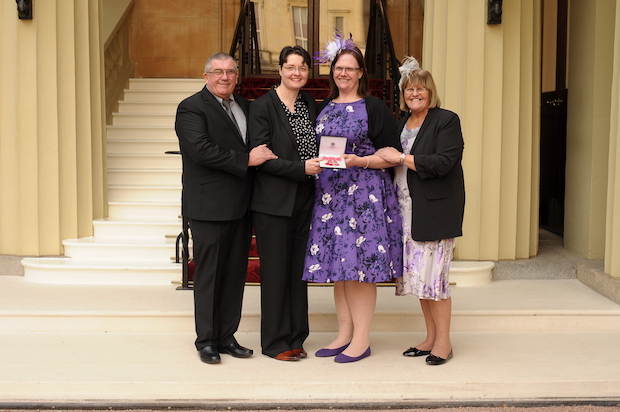 Afterwards, we had the official photos in the central quadrangle and were the last to leave the Palace. It was time to celebrate so we headed to a local hotel to meet up with the rest of my family to enjoy an afternoon tea to celebrate.

It was a surreal day and one that I will cherish for the rest of my life. I kept asking ‘why me?' I grew up on a council estate, I am not senior and I haven’t achieved half the things I want to achieve.

I am forever indebted to those who nominated me. This was one of the last times my whole family was together as my Mum passed away shortly afterwards. Knowing that my Mum was there, seeing her bursting with pride and knowing that she told everyone who would listen about her daughter getting an honour, means the world to me.

Don’t despair – help is out there

Making a Civil Service for everyone, together

Blog posted by: Daron Walker, Health and Wellbeing Champion for BEIS, 10 May 2021 – Categories: A Brilliant Civil Service, A great place to work.

Blog posted by: Brian Stanislas MBE, 06 May 2021 – Categories: A Brilliant Civil Service, A great place to work, Diversity and inclusion.