The London Borough of Barking and Dagenham’s Hajj Enforcement and Awareness Project has won recognition as the Overall Hero in the Chartered Trading Standards Institute’s (CTSI) annual Hero Awards ceremony. 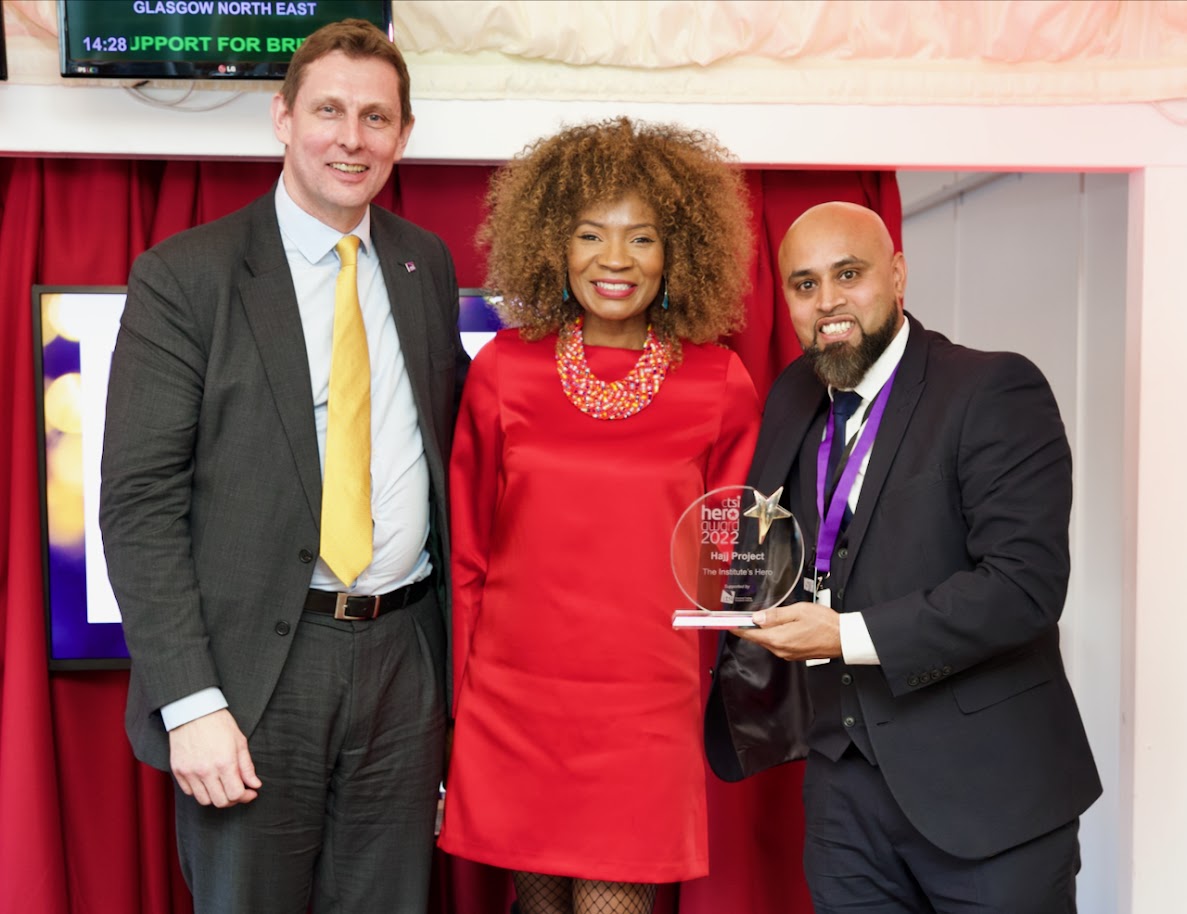 The awards, hosted by CTSI at the House of Lords on the evening of Wednesday 23 November, recognised significant contributions to consumer protection across the UK.

Before the COVID-19 pandemic about 25,000 people from the UK took the Hajj pilgrimage every year. It is a very spiritually significant and impactful event for many Muslim UK residents, including the elderly and vulnerable communities.

The Barking and Dagenham’s Hajj Project adopted a two-pronged approach to tackle Hajj-related scams: firstly, siting a ‘consultation bus’ outside selected mosques in the borough during Friday (Jummah) prayers over a five-week period to provide Trading Standards and health and safety information to mosque-goers; and secondly, visiting premises known or registered to provide Hajj travel packages with a checklist to ensure compliance with package travel regulations.

“I love my job and enjoy doing what I do. I have been doing it for many years. Having this recognition is the icing on the cake – it helps to maintain motivation until the next one.

“We envisage this Hajj Project has reached out to thousands of people over the weeks and years it was delivered (including on social media).

“The compliance visits had a positive impact on the travel industry and have enhanced consumer confidence when dealing with Hajj providers, knowing that they have been monitored and inspected by Trading Standards.

“This programme has now been running for several recent years and is proving effective in ensuring greater levels of protection for pilgrims.”

In June 2022, the Ministry of Hajj in Saudi Arabia announced a new online portal for electronic registration for pilgrims from Europe (including the UK), Americas and Australia. It announced various packages, support services and a 24/7 call centre in multiple languages. For 2022 the new portal was the only way that pilgrims were allowed to book the Hajj.

“We have not seen any updates for Hajj 2023, but it seems that new app portal is here to stay. In essence, this made all the Hajj travel agents defunct overnight.”

“The CTSI Hero Awards are a fantastic opportunity to celebrate remarkable individuals or groups of people who make outstanding contributions towards safeguarding vulnerable consumers in our communities. Every year, we are inspired by the stories of nominees throughout the country whose bravery, altruism and hard work often goes unnoticed. These awards honour those remarkable people who have gone the extra mile for consumers.

“This high-profile project enabled Trading Standards and other regulatory services to reach out to thousands of members of the Muslim community to ensure greater levels of consumer protection for pilgrims.

“This was particularly important in 2022, with the new way of booking the Hajj.”