State of the EU: MEPs debate measures to improve Europe

The State of the European Union debate on 16 September focused on new EU plans to tackle climate change, racism, health threats and migration. 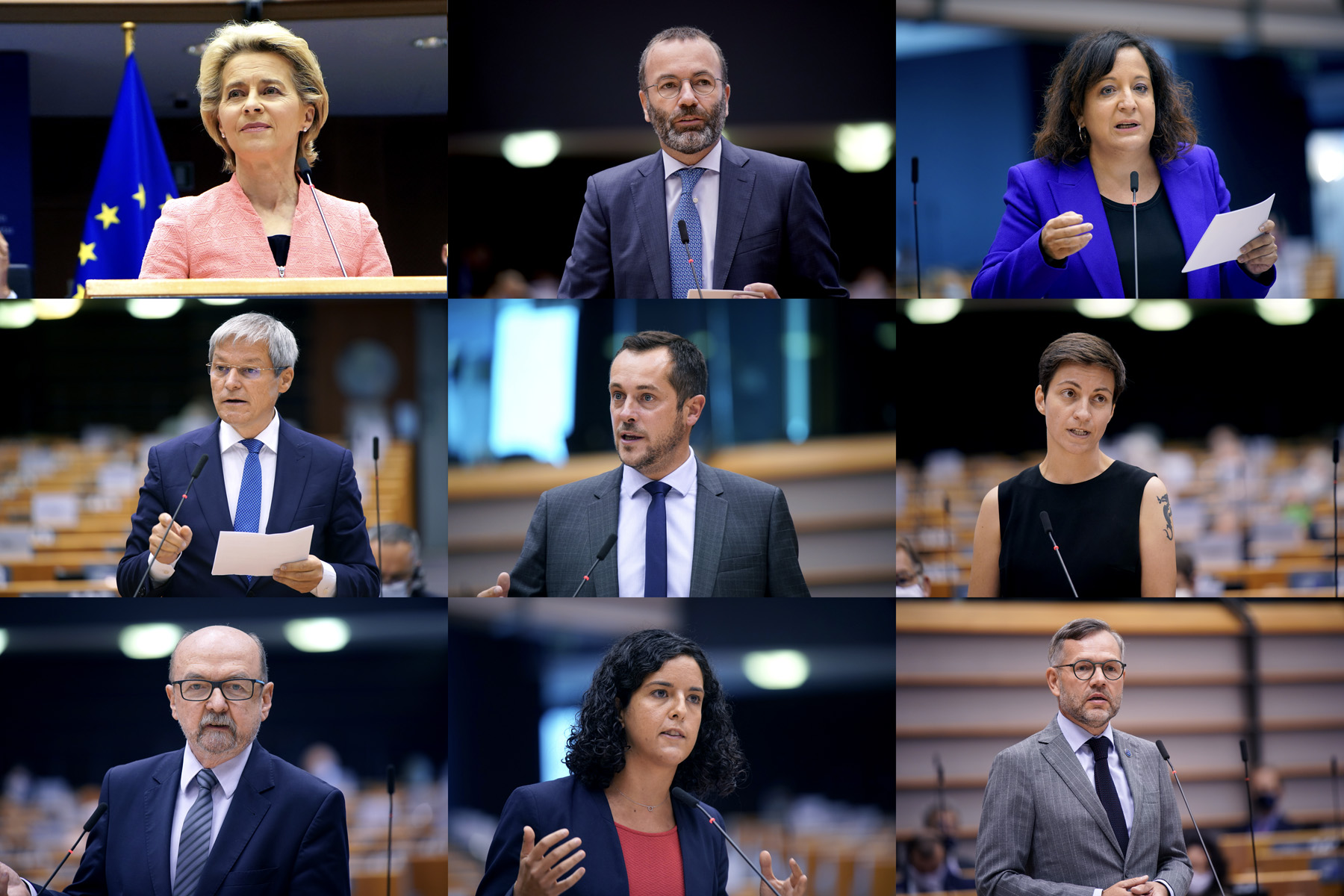 Speakers during the State of the European Union debate

State of the European Union address

European Commission President Ursula von der Leyen came to the European Parliament in Brussels to deliver her first State of the European Union address. In it she looked back at what the Commission had done over the past year and unveiled a slew of new EU initiatives, which she then discussed with MEPs during the subsequent debate.

The plans she announced included measures to tear down single market restrictions, a new strategy for the Schengen zone, a proposal to increase the 2030 target for emission reduction to at least 55% and investment for digital technologies. The EU’s decision making process also needs to be speeded up.

Regarding foreign affairs, she stressed the need for collaboration in international bodies, but recognised the need for the EU to lead reforms of the WHO and the WTO. Although China was an important partner on issues such as climate change, this should not prevent the EU from speaking out on human rights violations, she said.

Von der Leyen talked about the impact the coronavirus has had and said:

this year’s event made clear the need to build a stronger European Health Union: “It’s time to do that and to start making this a reality. We must now draw the first lessons from the health crisis."

Von der Leyen urged stepping up efforts to deal with migration. "Migration is a European challenge and all of Europe must do its part," she said.

The Commission President announced an action plan to fight racism and hate speech. She also stood for the rights of LGBTQI people and for the mutual recognition of family relations in the EU.

"The future will be what we make of it. And Europe will be what we want it to be. We should stop trying to break it down and work to build it up, make it stronger and build the world we want to live in,” she concluded.