Scientists have field-tested their research into how the ground-breaking technology could be used to detect hazardous material.

The use of autonomous uncrewed systems for the recce and survey of areas for chemical and radiological material is a step closer to becoming a reality.

The successful Hybrid Area Reconnaissance and Survey (HARS) field trial has taken place to demonstrate the concept of this cutting-edge research.

The technology concept could help keep troops safe, improve efficiency and give the UK armed forces an operational advantage in the future.

This project is a collaboration between the Defence Science and Technology Laboratory (Dstl), the wider Ministry of Defence (MOD) and industry.

This trial aimed to test the feasibility of the concept and the maturity of the technology. This technology offers an innovative approach, which could significantly change the military’s capabilities in the future by reducing the hazard to soldiers and acting as a force multiplier. That is quite an exciting thing to be involved in.

Some of the key challenges associated with the system are reducing the cognitive burden for personnel and using sensors, which are designed to be manually operated by personnel, applying sufficient automation in the system to allow that to be done remotely and autonomously. We know autonomy could be useful to do those repetitive jobs where people are at risk and we can take them away from that risk.

It has been nice to see it actually in practice, moving around out in the field and demonstrating that this is somewhere that, if we continue to put some work into it, we could make some real progress and do things very differently to the way they’re done now.

The platform used in the trial was the recently developed concept demonstrator which consisted of an uncrewed ground vehicle (Viking) with a chemical and radiological sensor payload: 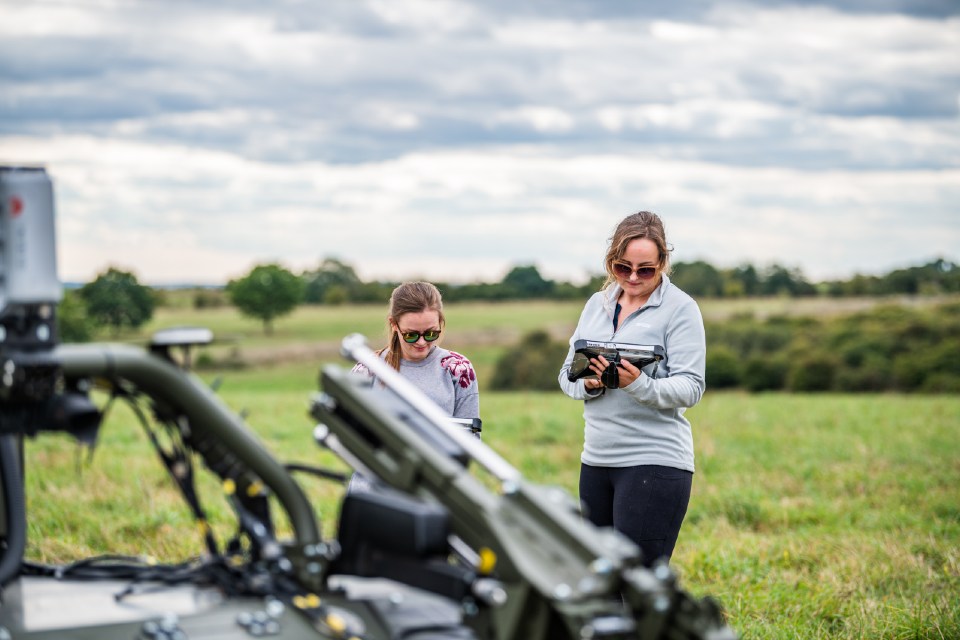 Adding this sensor technology to a modular ‘pallet’ means it is more scalable and cost-effective, as it could then be mounted onto the appropriate platform as and when required.

The trial took place over 5 weeks on Salisbury Plain, working with soldiers from FALCON Squadron, 28 Engineer Regiment (C-CBRN) doing back-to-back trials to compare the concept against the performance of a crewed system.

This trial is important because it is working with future technologies so hopefully we will be able to have more time on target, less risk to personnel and better capability to detect whatever is there.

This has been a great example of MOD, industry, and end users working together with the expertise from Dstl and the stakeholders able to influence the systems we’re developing. The adaptability of the Viking UGV provides an excellent basis for development of new payloads and novel autonomous behaviours.

Find out more about Dstl’s work including our autonomy and robotics capability and how to work with us. Inspired by nature: chance to collaborate on underwater technology

Funding from NavyX and Dstl will back PhD programmes researching new methods of underwater propulsion and design, taking cues from the natural world.

Dstl will host the 25th CWD Conference, bringing together international experts and promoting collaboration to achieve a future free from chemical weapons.