Von der Leyen at The Davos Agenda: We will work for new alliances for new solutions

President of the European Commission Ursula von der Leyen yesterday participated virtually at The Davos Agenda, an online event gathering leaders from business, government, international organisations, civil society and academia. They discussed policies and partnerships needed in a challenging new context the world is seeing at the start of 2021. 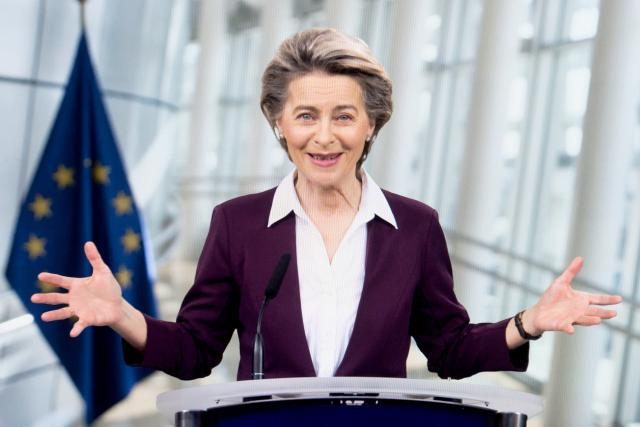 “We must learn from this crisis. We have to change the way we live and do business, to be able to keep what we value and hold dear”, President von der Leyen said in her special address. She continued to elaborate in particular on the challenge of biodiversity loss and other environmental risks. She announced the EU would soon present a legal framework for the restoration of healthy ecosystems and said we were ready to broker the same ambition at global level ‘at the next UN Biodiversity Summit in Kunming'. “This will have to be like COP21 was for climate. Because we need a Paris-style agreement for biodiversity.”

While stressing that the European Green Deal, which was announced only a year ago, had not lost any of its urgency, von der Leyen explained how the EU has stepped up its own ambition and action. Among others, it dedicated 37 % of the NextGenerationEU – Europe's recovery plan – to the Green Deal.

Von der Leyen reflected on the past year also in terms of accelerating digitalisation, and talked about significant new EU investments into innovative ecosystems and the start-up scene in Europe. However, she also called for addressing the darker side of the digital world. “The business model of online platforms has an impact – and not only on free and fair competition, but also on our democracies, our security and on the quality of our information”, she explained, saying that was the reason we needed to contain the immense power of the big digital companies. “We want the values we cherish in the offline world also to be respected online.”

“I want to invite our friends in the United States to join our initiatives. Together, we could create a digital economy rulebook that is valid worldwide. A body of rules based on our values: human rights and pluralism, inclusion and the protection of privacy”, she proposed.

Von der Leyen also focused on the value of cooperation in what she called ‘the only mind-set which can help us tackle our challenges'. This was the case for the COVID-19 vaccine development, where the world pooled its resources and different manufacturers worked together. “Europe invested billions to help develop the world‘s first COVID-19 vaccines, to create a truly global common good”, von der Leyen stressed.

Building on this, she announced that Europe would propose to create a bio-defence preparedness programme to prepare and protect Europe from the next big risk. “We need this new public-private approach to detect earlier, develop together and manufacture faster at scale. This is not just true for pandemics or health. It is true for all major societal challenges”, von der Leyen explained.

Today, the European Commission published its annual report on the Safety Gate, which is the EU rapid alert system for dangerous consumer products helping to take dangerous non-food products off the market.

Find out how the Covid-19 pandemic has increased gender disparities in the EU in our infographics.

Yemen: €95 million in EU humanitarian aid for people threatened by conflict and famine

The European Commission is allocating €95 million in humanitarian support to address the most pressing needs of people in Yemen amid record highs of child malnutrition, an imminent threat of famine and renewed fighting.

Honouring courage in journalism: Apply for the 2021 Lorenzo Natali Media Prize until 19 April

Applications yesterday opened for one of the world's leading journalism awards – the Lorenzo Natali Media Prize.

To help EU consumers cut their energy bills and carbon footprint, a brand new version of the widely-recognised EU energy label is now applicable in all shops and online retailers as of Monday, 1 March 2021.

Remarks given yesterday by President Charles Michel at the press conference with President Maia Sandu in Chisinau.

The Council recently (28 February 2021) requested the European Parliament's consent to its decision on the conclusion of the EU-UK trade and cooperation agreement and a security of information agreement.

Von der Leyen at the video conference of the members of the European Council discusses vaccination, security and defence, and Southern Neighbourhood