In his first visit to Brazil as COP26 President-Designate, Alok Sharma, had constructive discussions with Vice President Mourao and other key ministers on progress towards the Brazilian government’s pledge to reach net zero emissions by 2050 and eliminate illegal deforestation by 2030.

With three months to go before the UK hosts the critical UN climate change summit, Mr Sharma encouraged Brazilian ministers to honour these crucial commitments and welcomed Brazil’s commitment to present an implementation plan by COP26 in order to deliver green growth. Ahead of the Glasgow summit, the UK is urging countries to come forward with plans to halt deforestation, as well as to end reliance on coal, transition to zero emission vehicles, and deliver the finance needed to tackle climate change.

During his three-day visit to Brasilia, Mr Sharma hosted a “Closing the Ambition Loop” event with UN High-Level Climate Champion, Gonzalo Muñoz, where two more regions, several cities and businesses committed to neutralising their carbon emissions by 2050 by joining the Race to Zero campaign. With further net zero commitments from other states present, total commitments will account for nearly 50% of Brazil’s emissions and half of its GDP.

Meeting with representatives from Congress, Alok Sharma welcomed their plans to bring forward a 2030 commitment to end illegal deforestation.

The COP26 President also spoke to influential civil society organisations about the UK’s aims for COP26, highlighting how important their voices are in maintaining an inclusive process as we work together to tackle climate change.

Speaking at the end of his visit, Alok Sharma said:

I welcome Brazil’s pledge to reach net zero emissions by 2050 and eliminate illegal deforestation by 2030. I have heard encouraging signs of progress towards these goals, and look forward to seeing detailed plans on implementation of those commitments.

Brazil is key to the global fight against climate change, and as an agriculture powerhouse has much to contribute to advancing climate action and delivering green growth.

New ‘Think Before you Link’ App will help businesses and the public protect themselves from potential espionage .

During his visit to the War Memorial Village, Mr Barclay also met with seven-year-old Finley Skinner, who has raised over £2,000 for veterans through a series of charity events.

All Senior Civil Service jobs to be advertised externally from today

The UK and Egypt will bring countries together in Copenhagen this week to focus on what climate action needs to be taken to deliver key commitments ahead of COP27 in Sharm El-Sheikh in November. 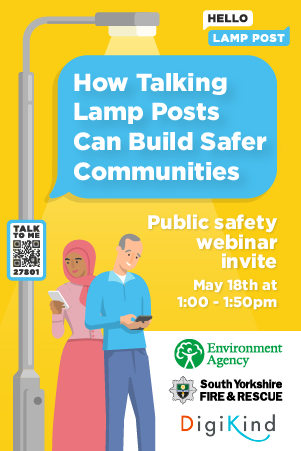