Schoolchildren across the UK have been taking part in events this week designed to bring the world of cyber security to life. 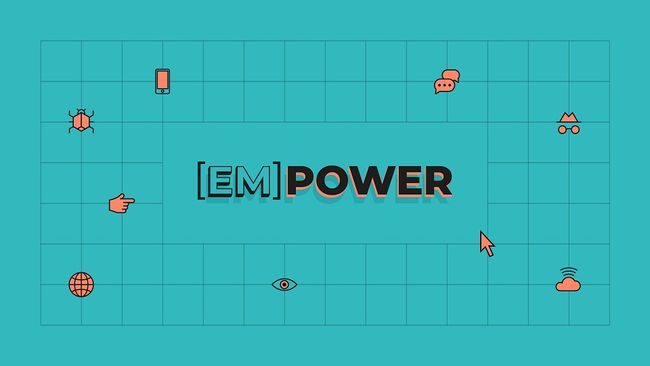 The CyberFirst EmPower Cyber Week has seen hundreds of pupils aged 12 to 13 take part in educational sessions organised by the National Cyber Security Centre (NCSC) – a part of GCHQ.

The on-demand, online presentations have covered topics including networking, artificial intelligence, biometrics, cryptography and strong passwords, with the content delivered by cyber security experts across industry, government and academia.

Some pupils also attended in-person EmPower events, including at the NCSC’s Nova South headquarters in London, and two events at GCHQ sites in Manchester and Scarborough.

Many EmPower sessions can still be accessed via the NCSC website, alongside resource packs which teachers can use to deliver classes themselves.

And for teachers keen to further develop their pupils’ interest in cyber, registration for the CyberFirst Girls Competition 2022 is now open, with a new format of 13 simultaneous finals held across the country.

“I’m delighted that so many pupils have taken part in our EmPower sessions to learn more about what the exciting world of cyber security involves.

“It is thanks to the collaboration between government, industry and academia that events like this can succeed and help inspire the next generation of cyber experts.

“The opportunities for pupils to learn more about cyber don’t end there, though, and I’d really encourage schools to register for the next CyberFirst Girls Competition – including those who have never even thought of taking part before.”

This year’s contributors to EmPower Cyber Week have come from across the cyber profession, with organisations including BT, TESCO, the Royal Air Force and the Home Office all involved.

Some of the sessions have included:

Girls who enjoyed EmPower Cyber Week are encouraged to take part in the CyberFirst Girls Competition, which has seen more than 43,000 girls take part since it was launched in 2017.

The contest aims to inspire girls aged 12 to 13 to consider a career in the cyber security industry where women are still under-represented, making up just 16% of the UK cyber sector workforce.

Schoolgirls in Year 8, S2 and Year 9 in Northern Ireland are encouraged to take part in teams of up to four so they can try their hand at fun and challenging cyber puzzles, and this year a new format has been introduced to encourage participation across the UK.

Schools across the UK have already registered teams for this year’s contest, and teachers can do this for their pupils via the NCSC website, where more information about the contest and its rules are available.