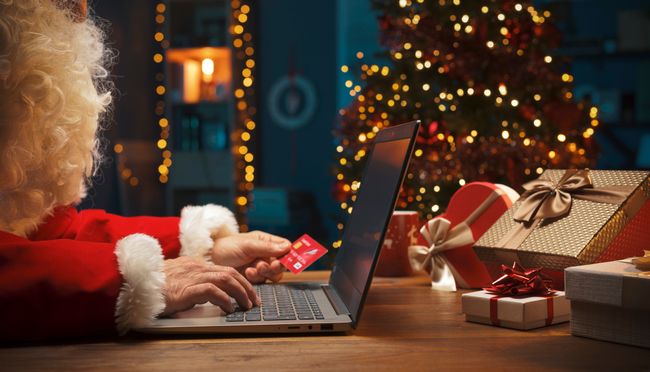 BARGAIN HUNTERS are being urged to bolster their cyber security in the approach to the festive season after new figures revealed victims of online shopping scams lost on average £1,000 per person in the same period last year.

Scams ranged from one shopper losing more than £150 trying to purchase a mobile phone on social media to another being duped out of more than £7,000 during an attempted online campervan purchase. Meanwhile, another victim lost almost £500 when trying to buy shoes on a social media platform, and a fourth lost £145 trying to make a similar purchase.

The new figures from the National Fraud Intelligence Bureau (NFIB) come as the National Cyber Security Centre (NCSC) - which is a part of GCHQ – launched a nationwide drive to promote its Cyber Aware campaign to help shoppers protect themselves online.

The Cyber Aware campaign advises simple steps for shoppers to reduce their risk of suffering similar losses during this year’s Black Friday (25 November) and pre-Christmas period.

Anyone who think they have been a victim of fraud should contact their bank immediately and report it to Action Fraud online at actionfraud.police.uk or by calling 0300 123 2040. More information is available by searching #FraudFreeXmas.

The figures, which come from reports made to Action Fraud and analysed by NFIB, showed that shoppers across England, Wales and Northern Ireland were scammed out of £15.3m between November 2021 and January 2022, and that the age group most likely to fall victim was 19 to 25-year-olds.

They also showed that average losses rose year on year. Between 1st November 2020 and 31st January 2021, the average loss per person was £549 including reports with no financial loss, while for the same period last year that figure increased to £775.

The findings from reports made to Action Fraud and analysed by the NFIB revealed that:

Action Fraud and the NCSC are urging online shoppers to protect their accounts, check before they buy, and use secure payment methods in order to stay ahead of the threat from criminals this shopping season:

“Online shoppers will understandably be looking for bargains during the Black Friday and Christmas shopping period and we want them to do so safely.

“Sadly we know that criminals will look to exploit consumers at this time of year which is why good cyber security has such an important role to play.

“I would urge everyone to help us fight the scammers by following our Cyber Aware advice to set up two-step verification and use three random words passwords.”

“The festive season is an expensive time for many of us. It’s natural for shoppers to get caught up in the excitement of Black Friday deals, and rush into making a quick purchase online to bag a bargain.

“Unfortunately, Christmas will come early for criminals who see this as an ideal opportunity to take advantage of us with the tempting promise of bogus cheap deals.

“I urge shoppers to be cautious of where and who you’re buying from. Our figures show that most scams last year involved mobile phones and electronics, so always shop with official retailers and don’t be enticed by deals that seem too good to be true. Where possible, use a credit card when shopping online as this will offer you more protection if anything goes wrong.

“Follow our practical advice to enjoy shopping online safely and ensure you’re not targeted this Christmas, especially given the cost of living crisis we’re facing.”

Chancellor of the Duchy of Lancaster Oliver Dowden, yesterday said:

"We know criminals ramp up their targeting of online shoppers in the weeks approaching Christmas, so it is crucial that over this period we are all even more vigilant when buying goods over the internet.

"Our cyber experts will be working closely with the police to help thwart these groups but the best defence against them is for us all to take some very straightforward steps to protect ourselves online and prevent scammers profiting from their illegal activity at our expense."

The data reveals that the demographic most likely to fall victim to online shopping scams are those aged 19-25. 47% of the victims were male and 41% were female, with the remaining 12% not providing that information.

Lindy Cameron outlined how the ‘secure by design’ approach is vital for managing IoT risks at Singapore International Cyber Week.

Guidance to help organisations assess the cyber security of their suppliers.

We reflect on Her Majesty's long association with GCHQ and the NCSC.

The National Cyber Security Centre warns about potential scams during the period of national mourning.

GCHQ mourns the death of Her Majesty The Queen