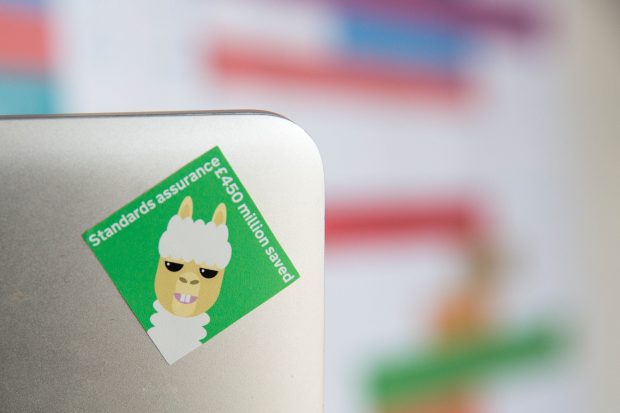 When was the last time a department helped government save significant amounts of money? The Government Digital Service (GDS) has done so each year and as previously announced by Minister for Implementation Oliver Dowden, from 2016 to 2017 we helped departments save £450m through our engagement.

We do this by visiting numerous departments around the UK - and we achieved around 800 visits last year. It’s an easier way to help the build of digital services by seeing how it’s built first hand and enables us to appreciate and understand the barriers and constraints, and sometimes the opportunities on site.

Change is often hard and takes time. Since 2016 we’ve blogged on how we’ve been working with departments to make things better on two of the biggest delivery barriers in every large organisation: governance and financial approvals.

We set ourselves the challenge of embedding governance and approvals to enable better and faster delivery outcomes. The recently published Cabinet Office spending controls guidance helps simplify governance based on standards and peer reviews. But what does this mean for government and the user?

The last time we spoke about the value that Standards and Assurance brought, we announced the amount government departments saved. Savings can be achieved in a variety of ways, but we’ve been listening to feedback and looking at how to make digital services simpler, clearer and much faster.

At the same time, we want to help solve the hardest problems and show what good looks like, often through collaboration across government and across sectors globally.

We help departments through digital service assessments and spending controls. In alignment with the new pipeline approach we spoke about recently, the hope is to bring the conversation forwards in terms of thinking and design. The approach has already demonstrated extra value to departments in its adoption and engagement. 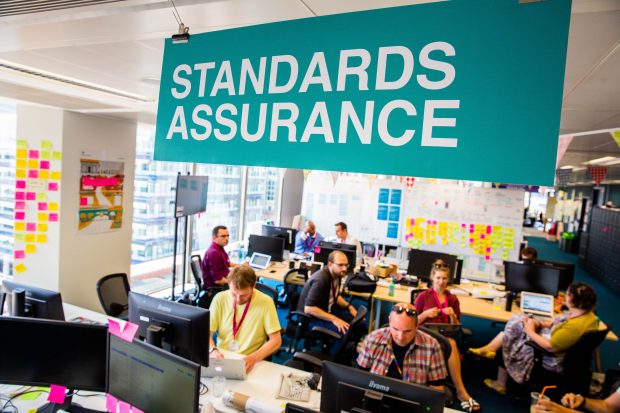 Since the Department for Work and Pensions (DWP) implemented the new pipeline approach, thousands of team hours spent navigating the previous spending controls process have been returned to where they belong – delivering transformation.

DWP is the UK’s largest IT estate and as it’s transforming at a pace, it was a natural early partner to re-imagine its governance and financial approvals.

DWP Digital implemented the new spending controls and digital pipeline process in April 2017 as part of the pilot. Straight away, we developed a real partnership through open and transparent engagement and by working closely across government. GDS colleagues have open access and our digital delivery teams welcome feedback as an opportunity to iterate and learn.

To ensure we’re continuing to learn from one another, we provide spend control updates to DWP. Through this we’ve also developed close working relationships with other government departments where we can share experiences and continue the learning journey.

'Given thousands of hours back'

The overarching benefit to DWP Digital delivery is the reduced overhead and time costs of governance and assurance for our digital teams. That enables faster achievement of business outcomes, accelerates digital transformation and crucially creates a collegiate learning culture.

The pipeline approach enables learning from other departments by sharing visibility of their planning and including their representatives on our decision making boards.

The DWP has been pleased with the implementation of the new process, with Digital Director Tamara Bruck praising how much time had been saved over the past year.

She added: “This time last year, we were spending time in numerous governance reviews. The implementation of the new Cabinet Office spending controls process has given thousands of hours back to colleagues so we can focus on delivering for millions of people who use our services.”

The next time you think about the value of good assurance, think about what £450m in savings could mean to your department!

Chad Bond is GDS' Deputy Director for Standards Assurance, Chris Marks is Strategy and Delivery Manger for DWP and Chris Francis is a Private Secretary at DWP.

Are you working on how to manage the process, governance and data around digital spend within portfolios? We’re working on procuring a tool and would like to talk to people who we could share it with.

We are particularly interested in local and devolved governments (we’re already building for the user needs of central government). We've already started conversations with a few organisations about whether we can share, but we'd like to talk to more.